So I Read Pride of Baghdad

A 250 word (or less) review of pride of Baghdad graphic novel
By Brian k Vaughan and Niko Henrichon; Vertigo Comics 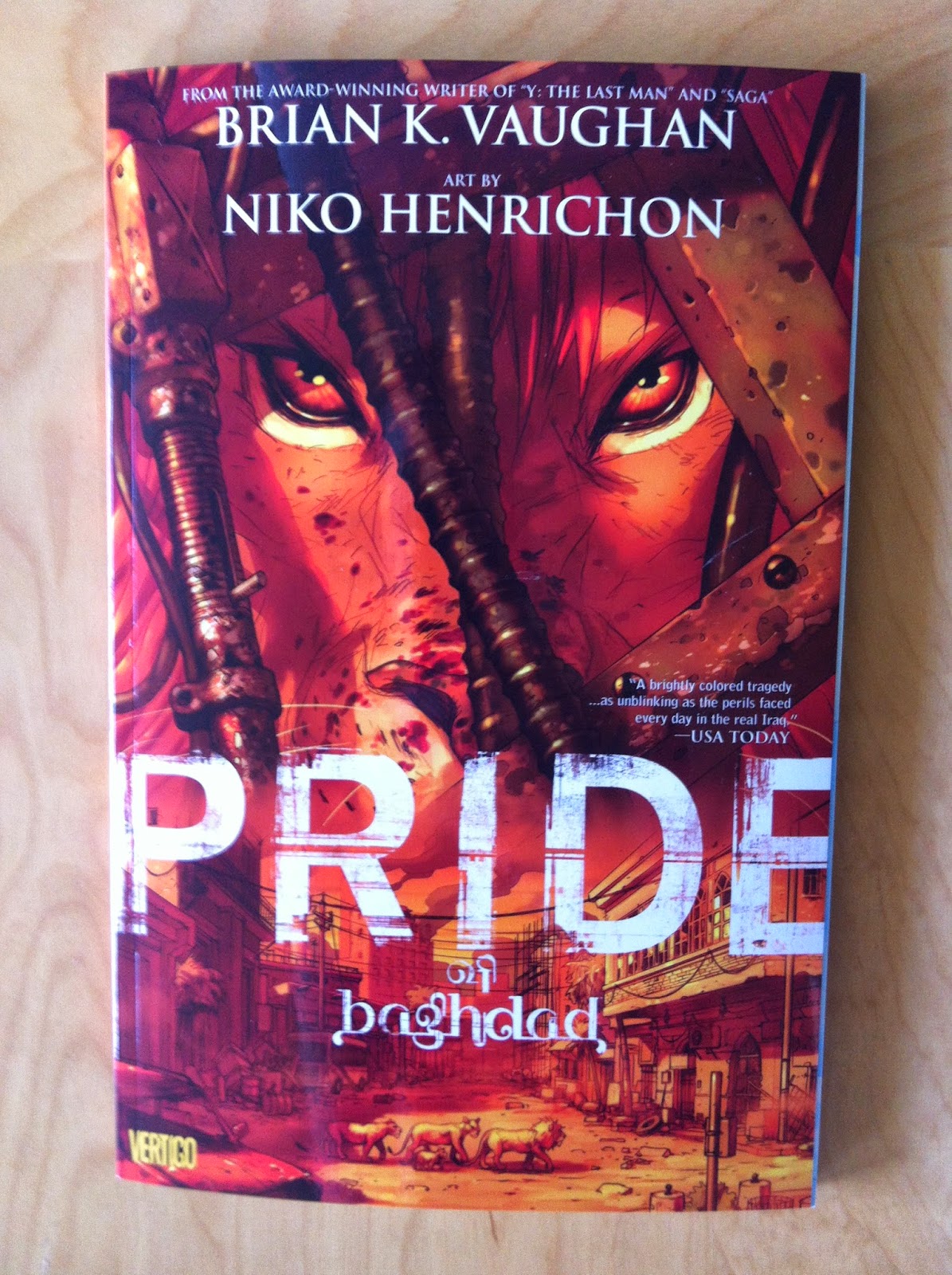 I think one of the most difficult aspects of talking about the consequences of modern warfare to North Americans, especially to people in my demographic, is that very few of us have any experience with living in a war zone. So it is hard to imagine and empathize with the civilian cost of war. Pride of Baghdad attempts to make the everyday human cost of the Iraq War emotionally relevant to a Western audience. Specifically, the comic dramatizes the true story of a group of lions who escaped the Baghdad zoo during the American bombing campaign which were eventually, while starving, gunned down by US soldiers. Pride of Baghdad leverages the inherent likability, and in my case Lion King ingrained love, of cartoon, anthropomorphized lions to reach out and touch our hearts before tearing them out in the fires of war. It's a great, super effective and slightly manipulative comic worth checking out.