I will be adding Bucky Barnes: The Winter Soldier and dropping Rocket Raccoon. 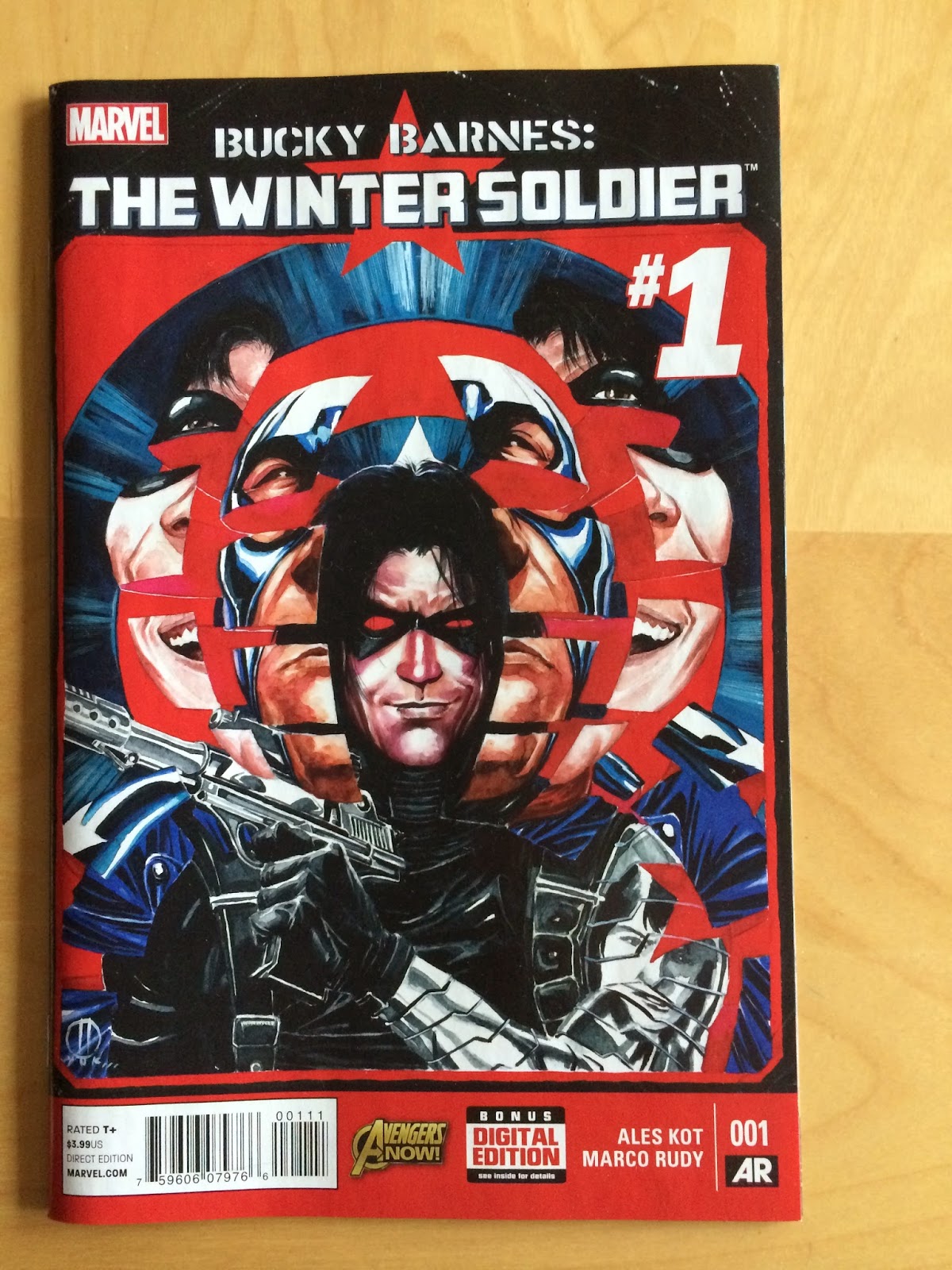 Why Buckey Barnes: The Winter Soldier: I thought I was done with the character of The Winter Soldier after the Ed Brubaker run. Him and his collaborators had such a definitive, such a satisfying take on the character that I was pretty happy letting that be my head canon and maybe never reading the character again. But then I heard this book was really worth checking out... and holy crap the art! The approach to storytelling in this book is psychedelic, challenging, and filled with unorthodox layouts that carry tremendous weight and style. Wedded to that is a fascinating premise: that Bucky Barnes has been challenged with being "the man on the tower" and guarding the Earth from extraterrestrial threats through targeted assassinations. If the first issue is any indication, it looks like the comic is going to be a dark, trippy adventure. One that I'm definitely interested in reading. 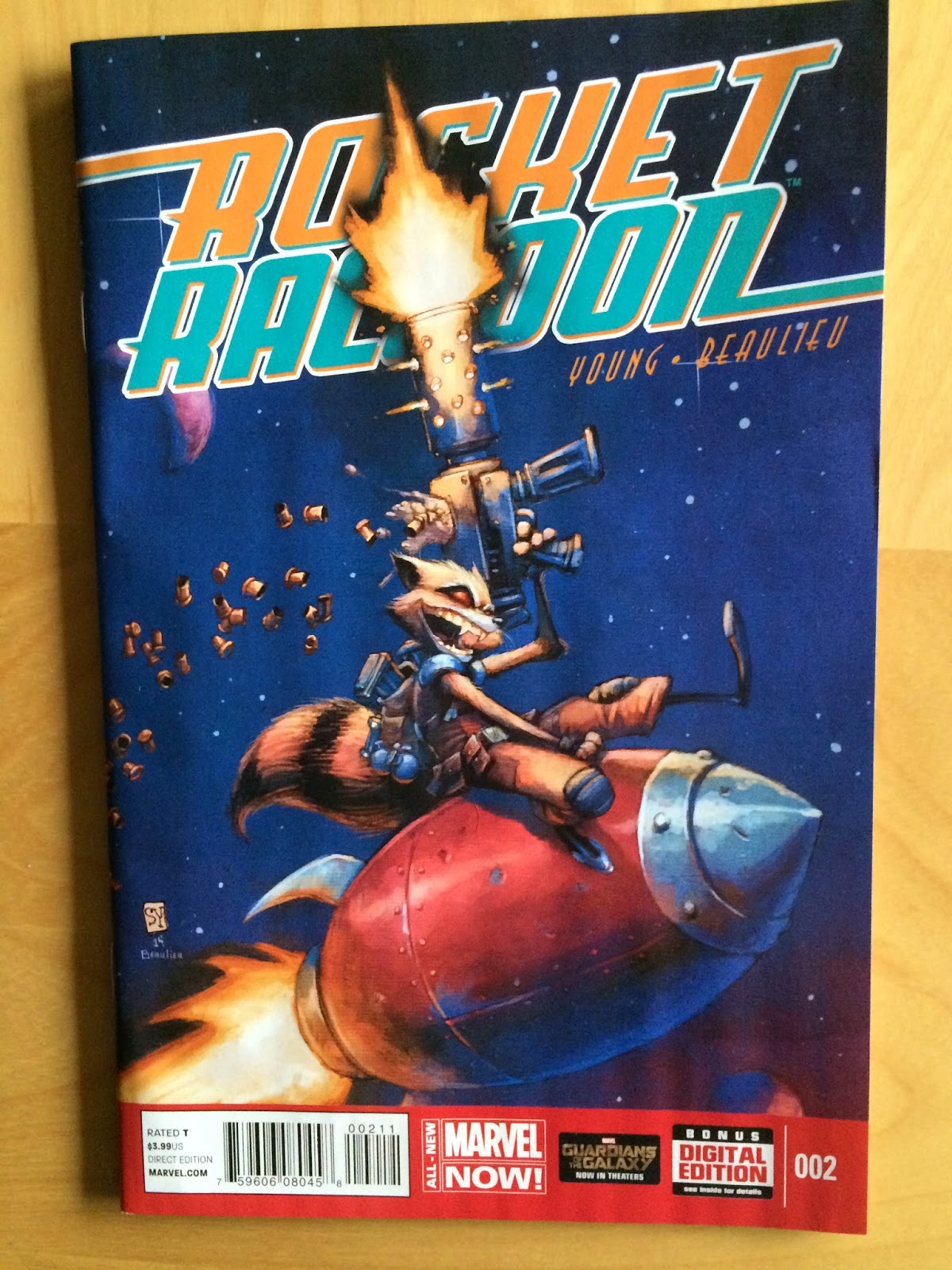 Why not Rocket Raccoon: Rocket Raccoon is fun! Skottie Young has the perfect, straight-out-of-a-Saturday-morning-cartoon animated style that really meshes with the craziness and shenanigans of a gun toting space raccoon! For what it is, this comic is perfect. The trouble is, for me at least, this kind of zany, cartoonish comic is more of a.... treat than a meal. It's the kind of comic that I'm really happy I tried, but that I find enjoy in a small dose. For whatever reason, maybe the focus on crazy malarky instead of engaging plot, this comic just hasn't managed to switch gears from a comic I tried to a comic that I'll read for the course of the run. And, since there are a bevy of interesting comics, like Bucky Barnes: The Winter Soldier, coming out in the immediate future, Rocket Raccoon is off the pulll list. Economics are ruthless.