I will be adding Batgirl and dropping Batman. 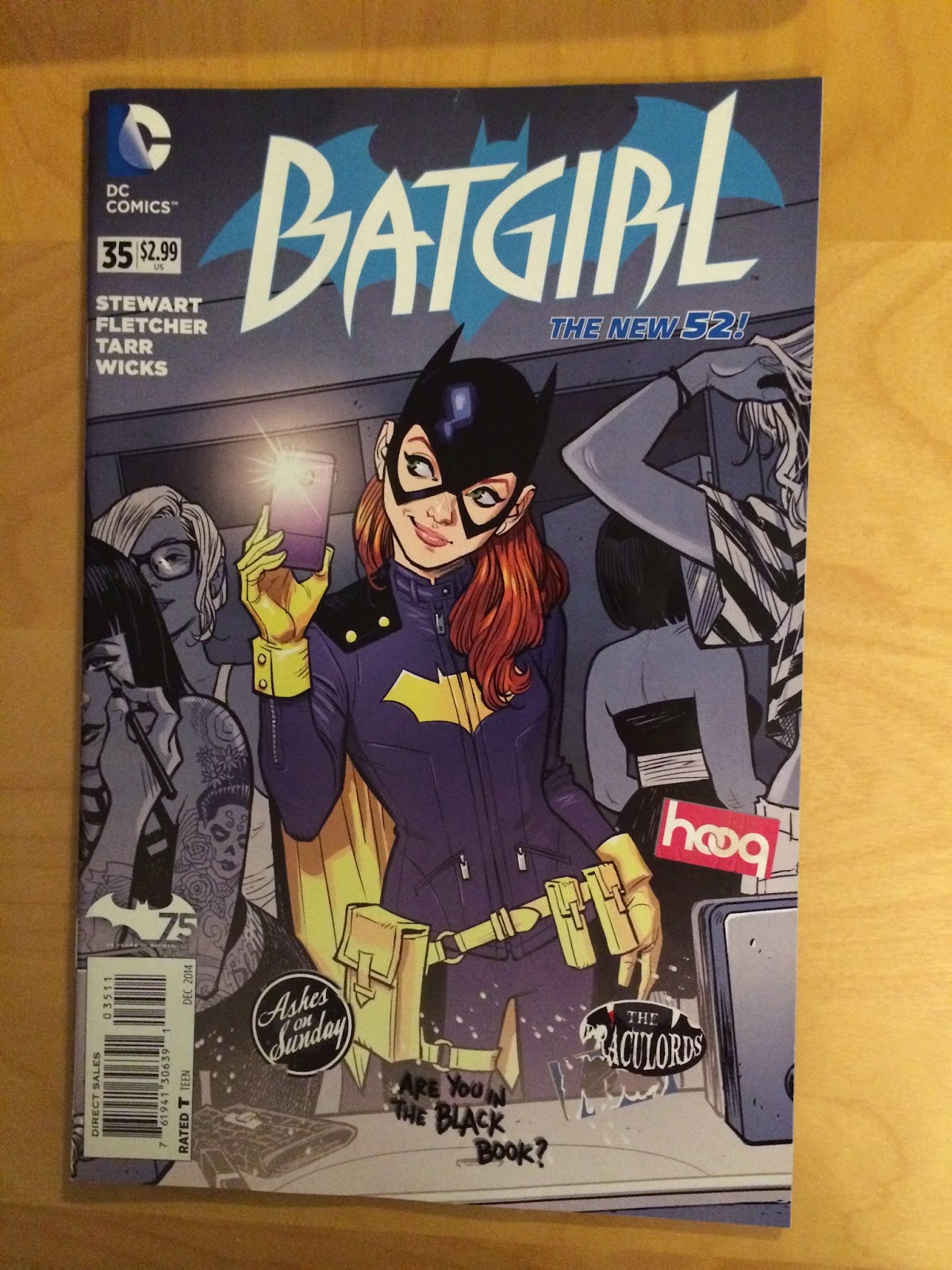 Why Batgirl: I feel like DC comics has long had issues with telling one kind of story: very traditional looking super hero stories with boringly similar protagonists and a certain radical grimness. Add to that a house art style on most of their titles that is generally not my favourite and I haven't been terribly interested in reading much by DC since their reboot. In this environment the new iteration of Batgirl glows! It features a new creative team with editorial freedom to tell lighter stories featuring a female protagonist in a fresh setting with artwork that is perfect for the story and radically different than DC as a whole. The comic features Barbara Gordon Batgirl moving to hipstery Burnside, fighting crime, and also being a 20-something woman in a way that feels much more in tune with how 20-something women actually live. It is fun and interesting and different and actual variety in comics! It's a comic you really ought to at least leaf-through and try because mainstream comics, and DC in particular needs more of these idiosyncratic comics that appeal to readers that aren't comic-bros. And because it's just a really fun and well made comic.

(Admittedly, it does lean pretty heavy into EXPLICITLY STATING how it isn't like other comics. Which, for a first issue that is trying to define itself is fine and important, but you can pretty much play a drinking game of undercut hairdos, social media aps, and characters explicitly stating their sexuality to demonstrate how diverse it is. It is like #Tumblr #hastags for #Batgirl and is a bit distracting at the volume it happens within the issue. Like, I LOVE the spirit of the identity they are establishing for the series and how the comic is explicitly for people who disenfranchised by the narrowness of representation in most comics. That part is great. But I really hope that going forward the creative team finds a way to more organically incorporate these elements into the series. And yes, I kind of feel like a jerk for being annoyed by this!) 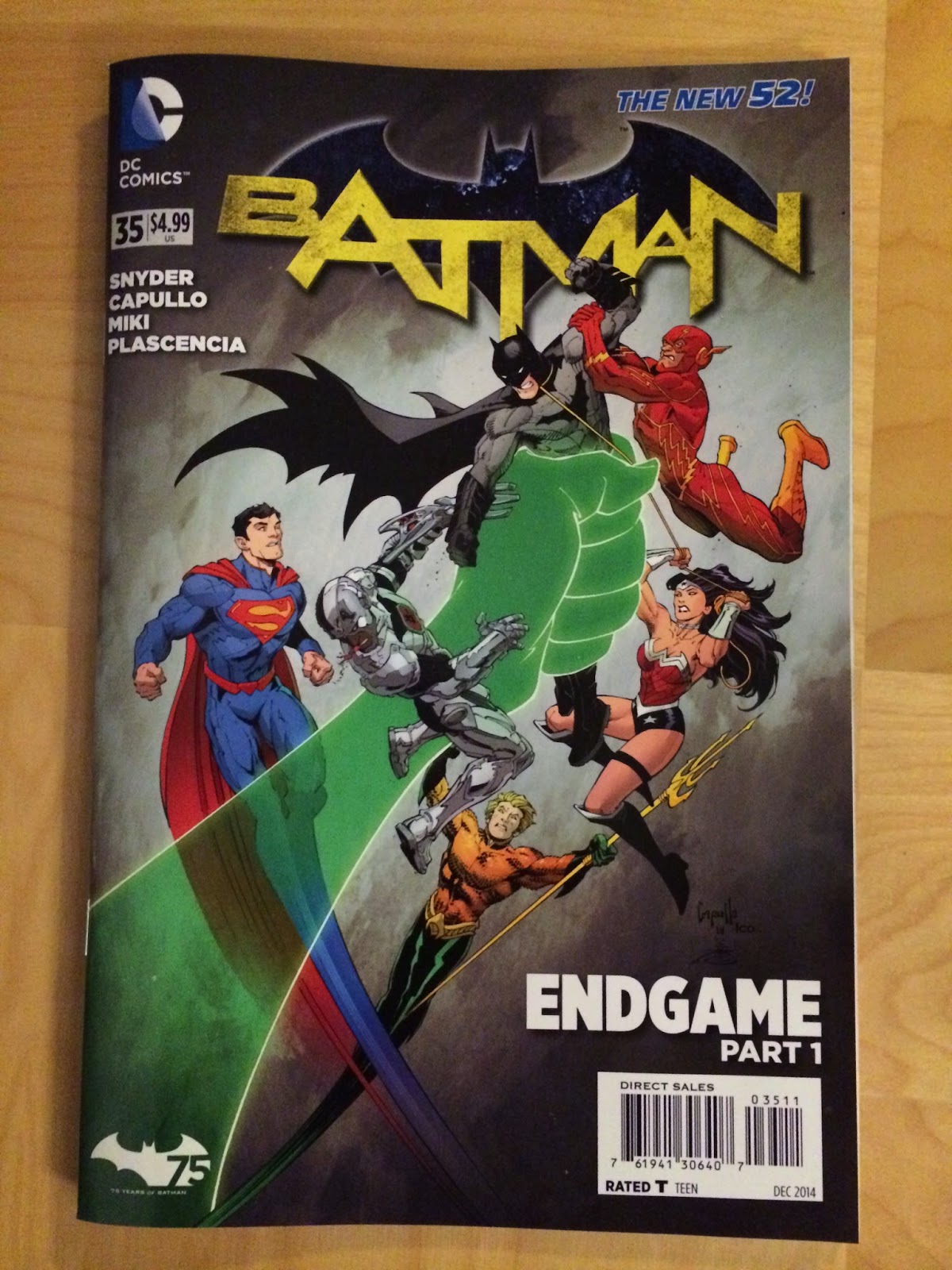 Why Batman: Batman has been one of the most consistent comics I've been reading. Snyder and Capullo have done a great job delivering consistently entertaining and compelling Batman stories. I like Batman. I really like Batman. And so, I kind of always want space in my comics pull list to read reasonably well done Batman comics. It speaks to the childhood geek in me. It has been a pleasure to read the current run of Batman because it reliably delivers Batman and because the series has also been pretty good comics. However, Batman is currently fighting Superman and the Justice League and FUCK THAT! I have less than zero interest in reading ANOTHER Batman fighting Superman story. It is the least interesting story in comics at this point. And the fact that Batman is currently running at $4.99 makes this even less attractive: I will not pay EXTRA to read the most boring of all comics cliches. I will not! I may very well pick this series back up eventually, but for now, no. Just no.