Or a fantastic page in Expecting To Fly,
by John Allison

This panel from John Allison's Expecting To Fly is absolutely great comics worth taking a closer look at. 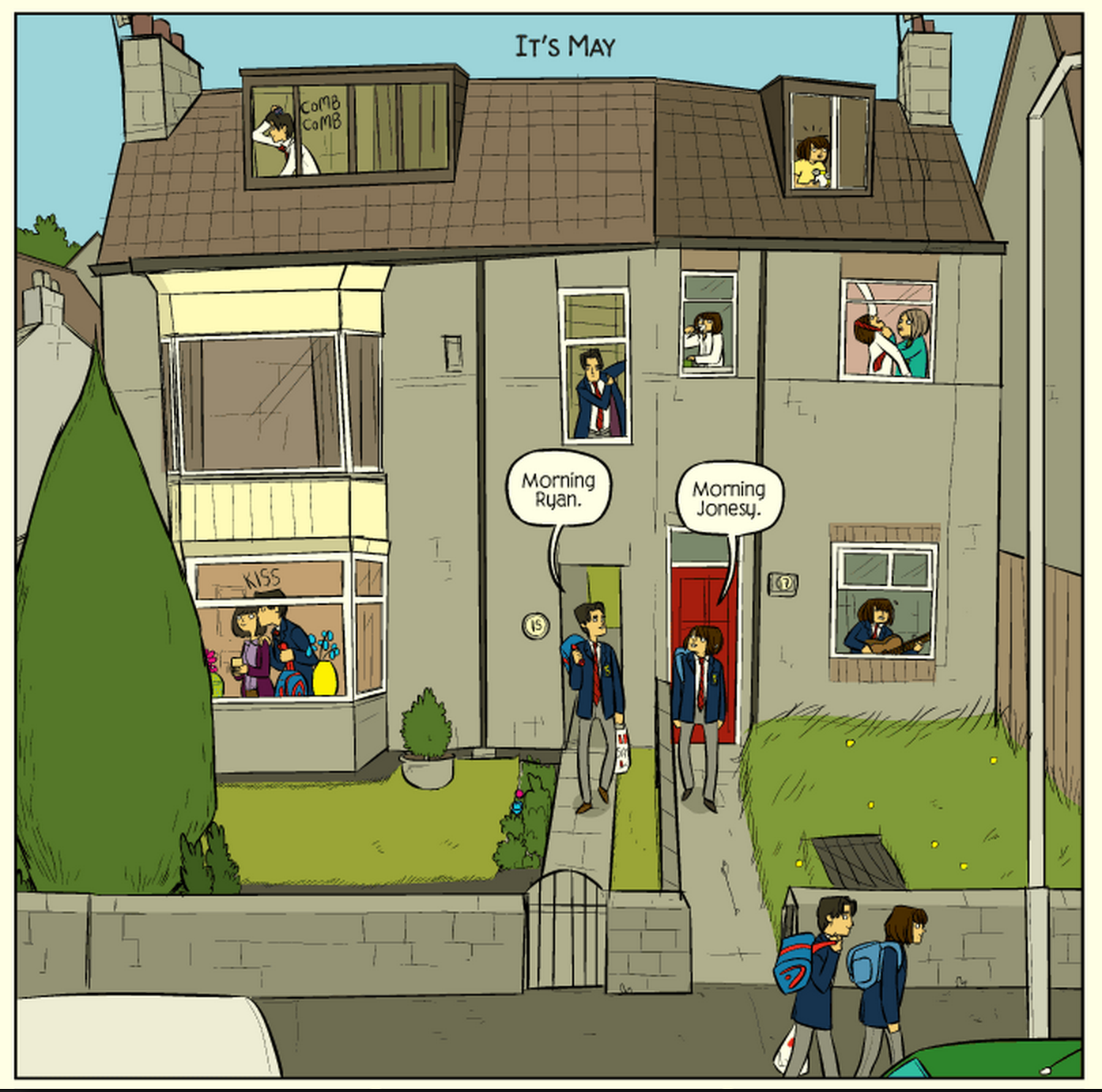 This page of comics is one of the best character introductions I have ever seen. In one panel we learn a ton about young-Ryan Beckwith and young-Jonesy, their personalities, their family situations, and their relative economic status from just this single panel. Which is just super efficient comics. This is also a panel filled with details and comics tricks to make the panel work to its full effect. 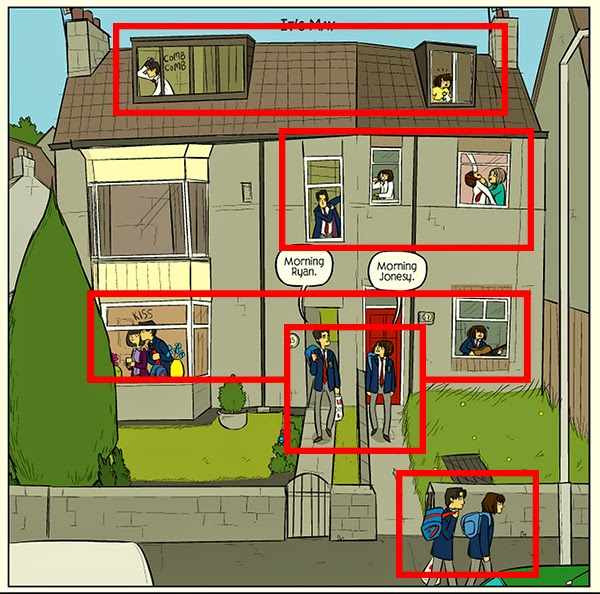 Broadly speaking the panel has five storytelling zones that depict the two boys getting ready for school, meet in front of their houses, and begin walking to school together. The five regions give a sense of time to the page and let us directly compare the morning routines of Ryan and Jonesy and contrast their mannerisms and personalities. 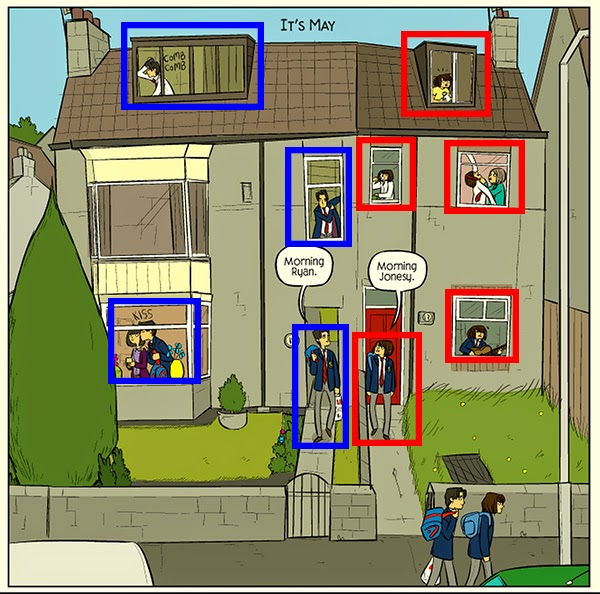 These two contrasting stories play in out in wildly different ways. From a structural standpoint there are an uneven number of story moments; Ryan takes one more sub-panel to get ready than Jonesy. This creates the impression the Jonesy is more organised and put together than Ryan. This is reflected in the events actually depicted in the panels. Jonesy's story shows him awake and dressed, combing his hair while Ryan is only waking up. Jonesy than calmly walks down the stairs, kisses his mother and steps outside. In the same amount of time we see Ryan frantically brush his teeth, get attacked by his mother with a tie, mess around with a guitar, and meet Jonesy outside. We see exactly how direct and focused Jonesy is and how disorganized and scattered Ryan is in a very direct and emotional way at both the story and structural levels. At the end of the panel we have a general understanding of who these characters are and how they differ. 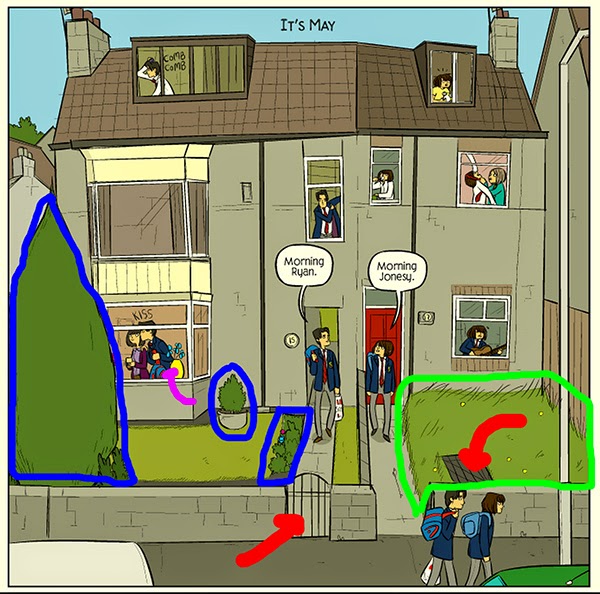 We also get an impression about Ryan and Jonesy's different family lives from this panel. In the story we see Jonesy calmly kissing his mother and Ryan being frantically, aggressively tied by his mother gives some information about the different family status of the two characters. This is further emphasized by a how the two boys yards are depicted. Jonesy's family has a yard with a well manicured lawn, some tasteful landscaping, and a flower pot in the window. Ryan's house, in contrast is narrower, has an unkempt weed infested yard, and front gate knocked off its moorings and laying in the lawn. Just by these story elements and environmental choices we get the impression that Jonesy has a more stable family life than Ryan and that Ryan's family might be slightly economically distressed.

It's just a fantastic panel of comics.

And a great argument as to why you shouldn't be snooty about what comics you read: all formats of comics can have great stuff. So read quality, yeah, but don't discriminate.