So I Read Footnotes In Gaza

A 250 (word or less) review of Footnotes In Gaza,
by Joe Sacco; Metropolitan Books 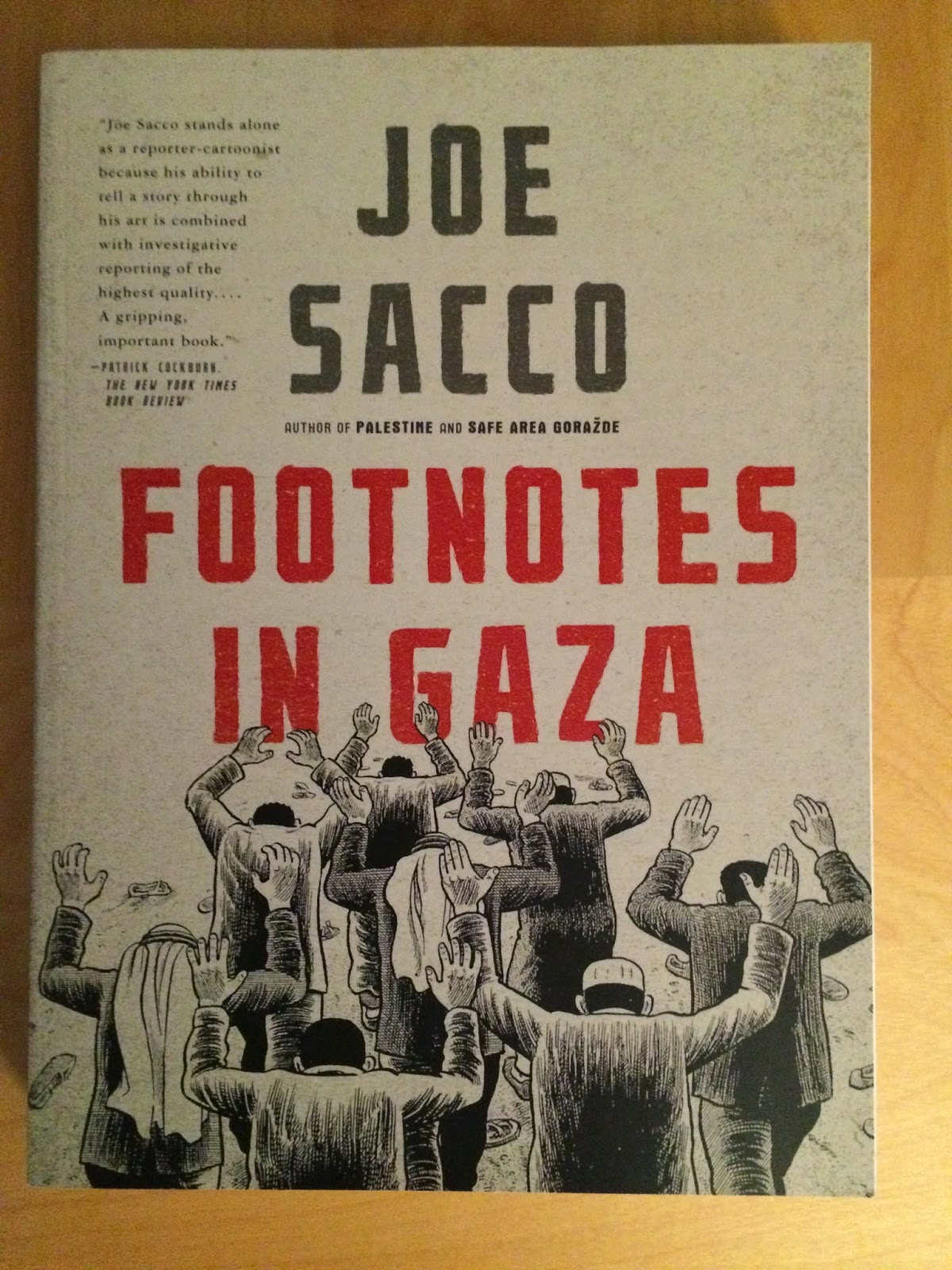 I grew up in Vancouver, Canada and went to Catholic Schools, so my education growing up has been decidedly biassed towards the State of Israel. My high school history teacher depicted Israelis as "bad ass jew underdogs" struggling against an Arab world that hated them while the Western media has done its best to characterize every Muslim as a terrorist. (And come to think of it, I once overheard my High School principle go on a Religion Class screed about how Islam is a religion of war and hate that Christianity couldn't coexist with... so yeah.) But reality is much more complex and the Palestinians have a story too, are people too. Footnotes In Gaza chronicles a pair of historical war atrocities committed by the Israel Defence Forces in the Gaza strip. Specifically the comic looks at two incidents in 1956, one in Khan Younis and one in Rafah, where occupying IDF soldiers executed and brutalized Palestinian civilians. These stories are told with journalistic rigour, relying on eyewitness accounts and official documents, and portrayed with a cartoonists eye to detail. This search is backdropped by modern day Gaza as Joe Sacco and his guides hunt for information, which portrays the pretty horrifying story of Palestinian life: of Israeli occupation, encroachment, demolition, and death. Footnotes In Gaza is a stark look at the Israel/Palestine situation and gives a voice to the often-neglected Palestinian perspective. It is food for thought and the kind of comics journalism we all should read.