Recommendations From A Nomadic Nerd: Day Magic Reads From 2014

Or why you should read the Magpie Lord trilogy, the Agent of Hel series, and The Stormlight Archive
by KJ Charles, Jacqueline Carey, and Brandon Sanderson, respectively.

Meet Katrina, a hopefully periodic contributor to Atoll Comics. I've known Katrina since high school where she was maybe one of the geekiest of my classmates and friends. Unlike me, who was pretty insecure about being a dork then, Katrina wore her nerdery on her sleeve attacking every new thing with an infectious and fervent enthusiasm that remains my ideal of what fandom should be. Katrina was also the most bookish of my high school friends, and when I realized I'd need help on the oars to do weekly prose novel reviews, she was the first person I asked. These days Katrina lives all around the world teaching, learning tools to teach better, and writing. I'm excited to have her on board and want to welcome her to Atoll Comics. -MB

What do you call magic in fantasy that follows a clear set of laws? Holly Black coined the phrase “day magic” in opposition to the dreamy illogical magic of fairy tales and things that go bump in the night. The following universes and stories have systems of magic that are imaginative and thoroughly defined. 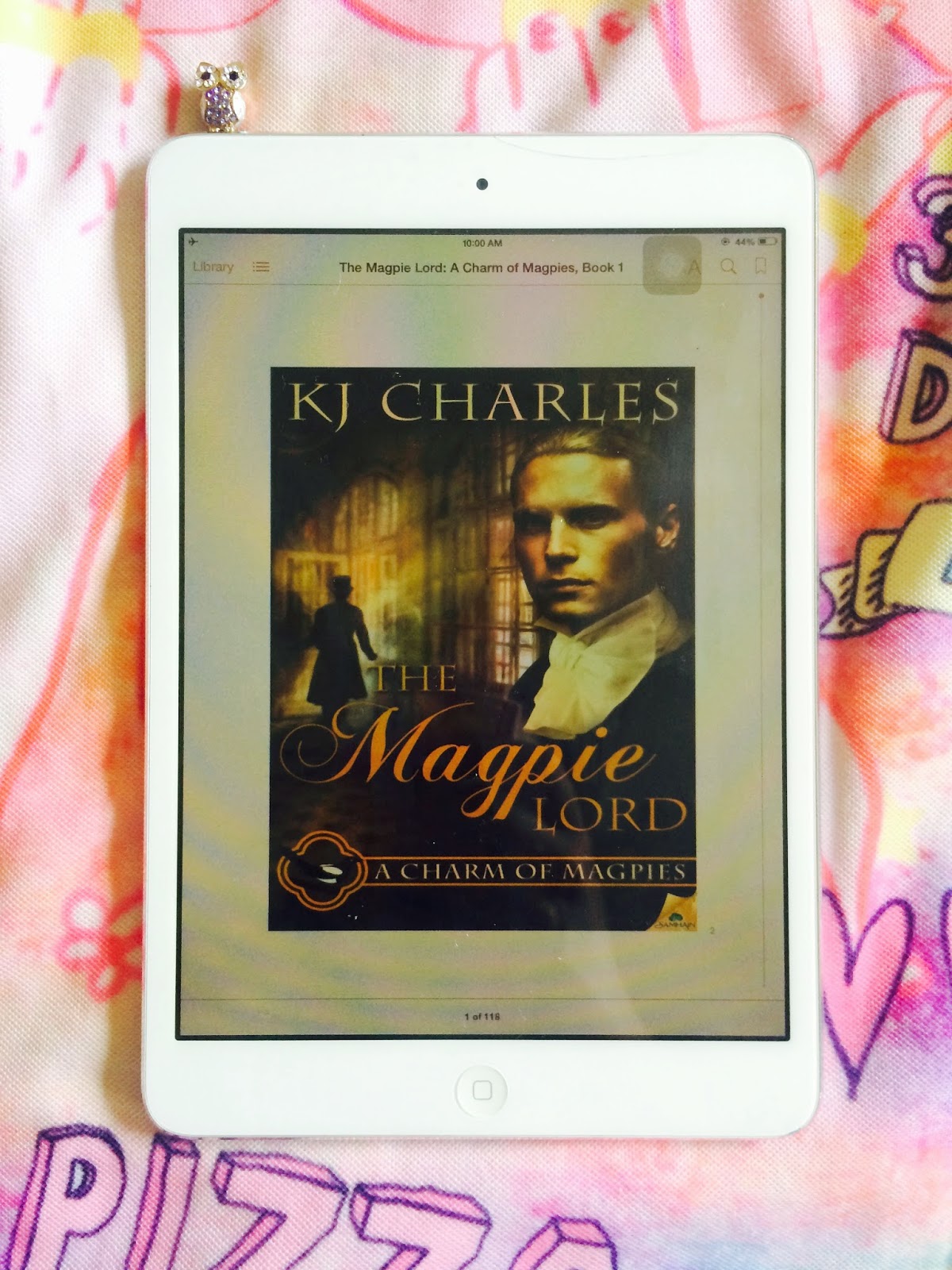 In the “Magpie Lord” trilogy, K.J. Charles combines day magic with several other kinds of fantasy dear to my heart: historical, queer, and urban. Set around Victorian era London, the novellas follow Lucien Vaudrey, newly returned from exile to claim his title. Unfortunately for him, the curse that killed his father and brother is now driving him to suicide. Enter Stephen Day, magic practitioner/police, whose complicated history with the Vaudrey family creates automatic friction between him and Lucien. Breaking the curse is just the beginning of the sinister mystery that surrounds Lord Crane, but will Stephen risk his honour and his heart to solve it?

Stephen is able to draw out magic from the ether around him, but he’s a special case. Magical ability in the Magpie World is limited to accessibility – not all practitioners can use ether as a source, so in thirst for power they draw it from other people: from their blood, bone, or “birdspit.” While stopping warlocks who draw magic from illegal sources is Stephen’s calling, he’s underpaid, understaffed, and uninterested in excuses from psychotic killers. Charles establishes a detailed, dangerous alternate universe that will leave you eagerly awaiting her next instalment. 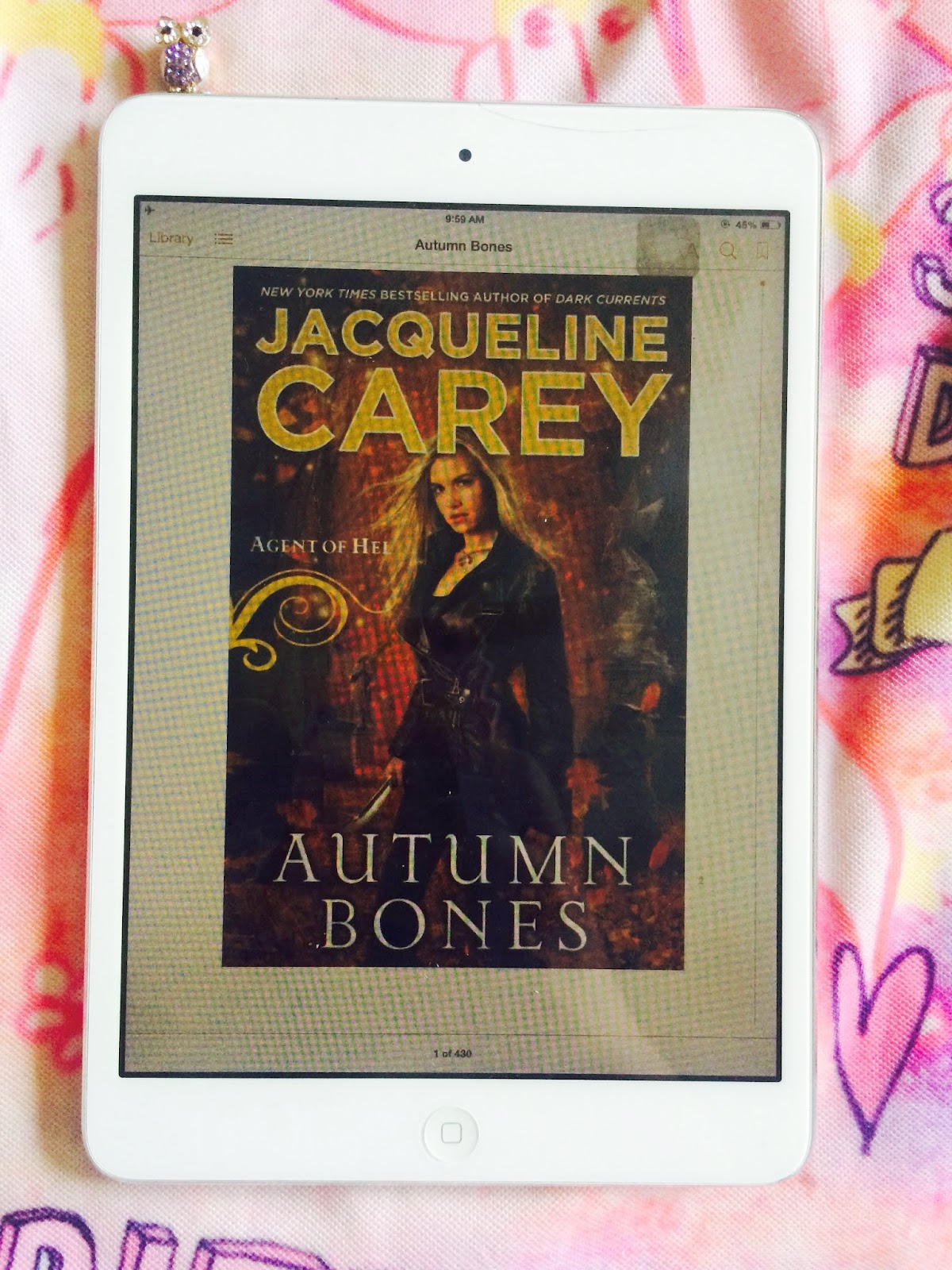 Jacqueline Carey’s ‘Agent of Hel’ series finished this year with “Poison Fruit”. In this alternate universe, the old gods of Norse and Greek mythology have relocated and Daisy, our half-demon heroine, is Hel’s liaison. The gods establish demesnes where all supernatural creatures flock, from fairies to werewolves to spirits and it’s up to Daisy to establish order for Hel. However, when a half-demon lawyer legally procures Hel’s land for another god, Daisy must enlist help from all the creatures to fight them and, in the process, come to terms with her own demonic birthright.

As a smart, sassy badass, Daisy is a charming protagonist. Her struggles to reconcile Hel’s old world expectations with modern politics are offset by her sarcastic commentary, and the cast of supernatural creatures is varied and often hilarious. The gods are the power source in this universe: for example, the werewolves are unable to shift unless they are within a god’s demesne. So when another god tries to take over Hel’s desmense for a holiday home, the lives of all the creatures in Daisy’s community are at stake. The tension created between creatures and magics from different cultures is fascinating to read and will keep you engrossed till the very end. 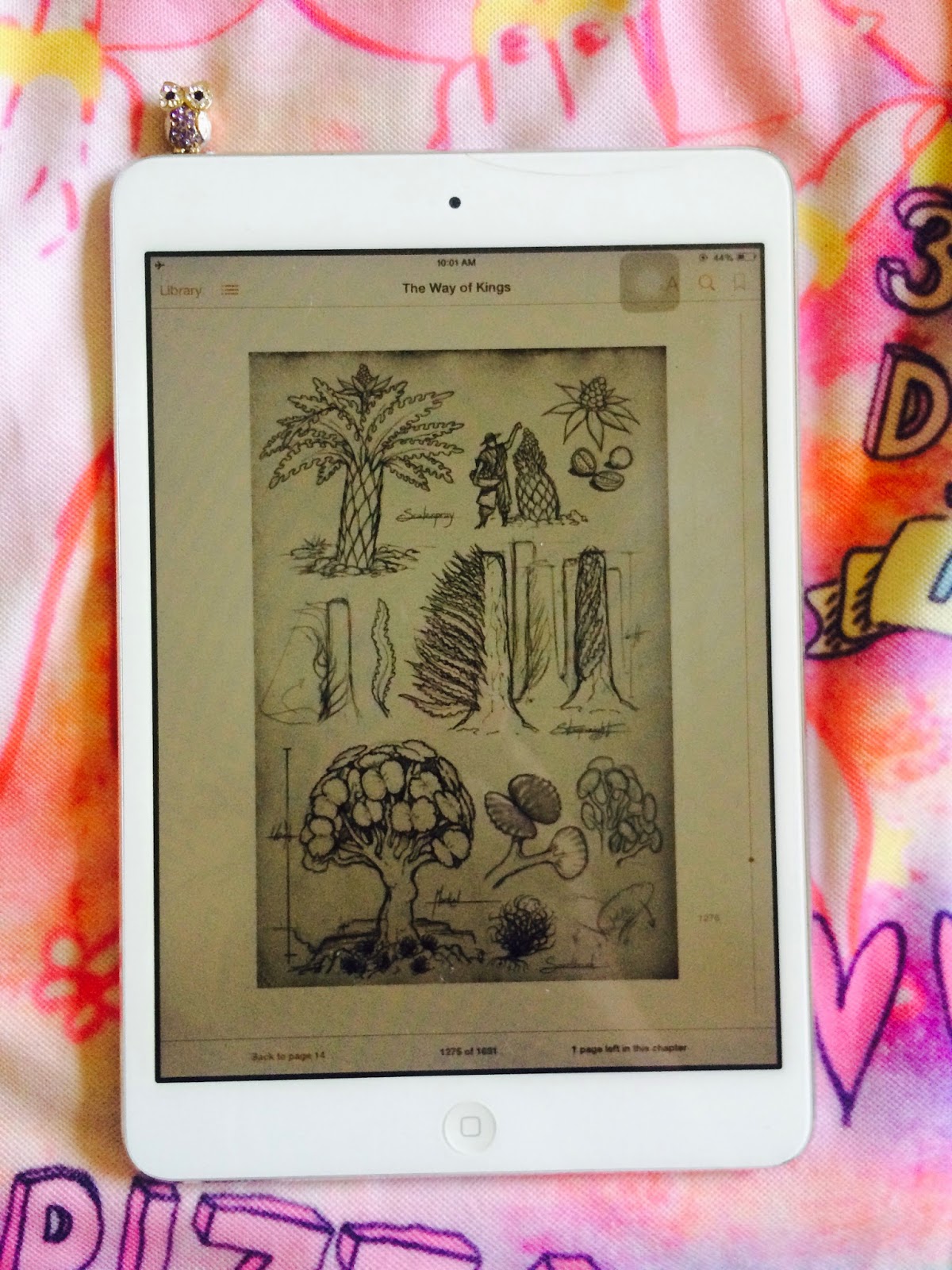 ‘The Stormlight Archive’ by Brandon Sanderson is an awesomely written high fantasy story with a diverse cast of characters and incredibly rich world-building. In fact, the world is so detailed that it has its own wiki. Two of the main characters are Shallan and Kaladin, and while “The Way of Kings” introduces and explores their backstories, in “Words of Radiance” they are brought together against an array of enemies. Sympathetic characters, masterful storytelling, so what is the catch? The series is projected to be a ten-part saga and so far only two books have been published (I have reconciled myself to spending basically the rest of my life in anticipation of the next one).

Whether the magic systems of ‘The Stormlight Archive’ technically count as day magic is up for debate because much knowledge of the old lore has been lost due to religious purges and the passage of time. Although the rules seem set, particularly gaining energy for magical instruments through precious stones, so I'm including the series here. Regardless, the stories are absolutely riveting, despite the time commitment, and well worth the read.


So if you want to read some great Day Magic Fantasy stories I would recommend you try The Magic Pie Lord Trilogy, The Agent of Hel Series, and The Stormlight Archive. They are all great reads.