Or a look at the kinetic colouring in Deadly Class Vol. 1
by Rick Remender, Wes Craig, Lee Loughridge, and Rus Wooton; Image Comics 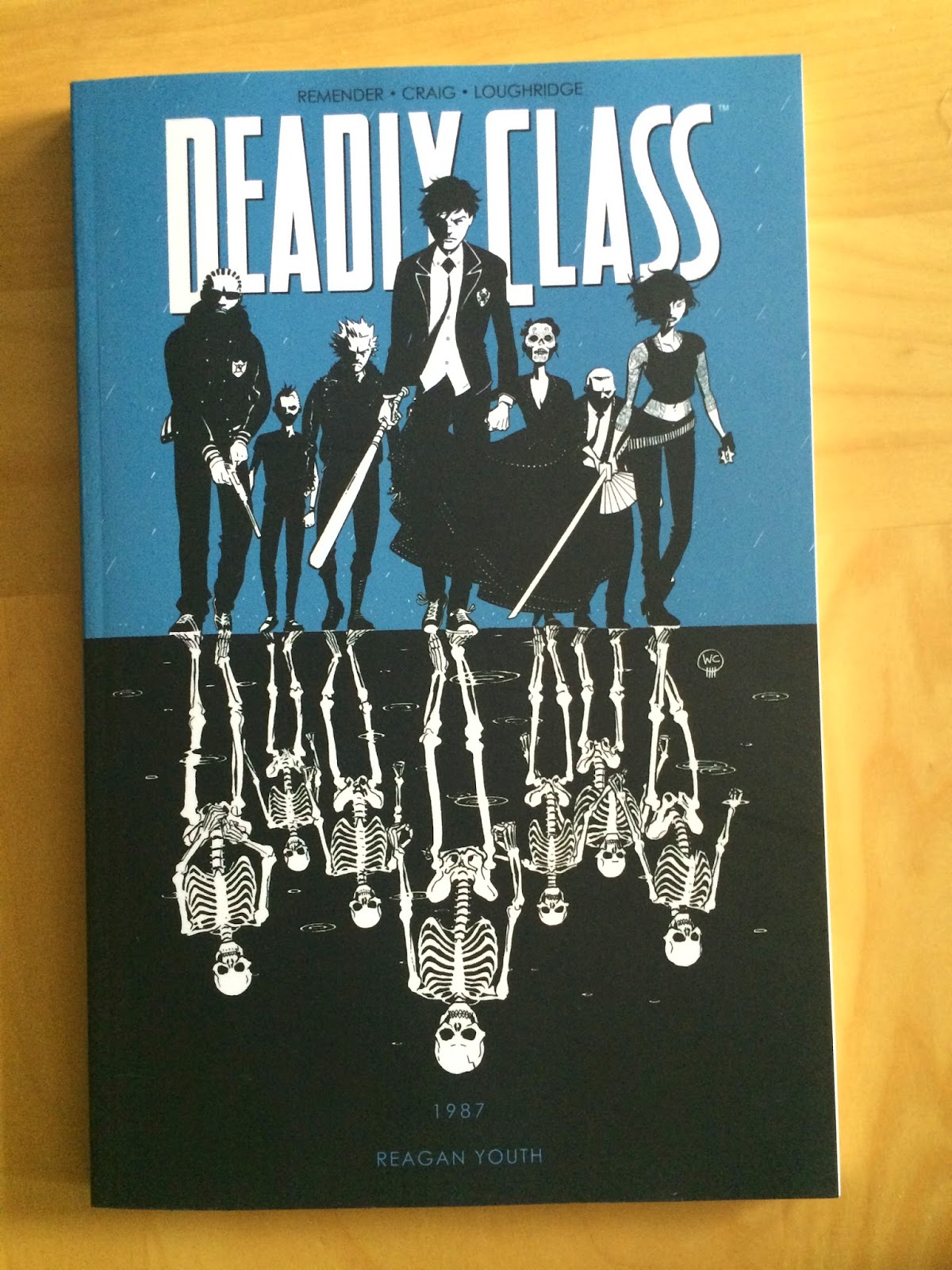 Deadly Class is a comic about a troubled youth going to a school for assassins. It is also a visually stunning comic that does some fiercely smart things with page design and colour. I've already talked about how impressive the layout work in this comic is, and now I want to focus on how smart and interesting the colouring in this comic is. 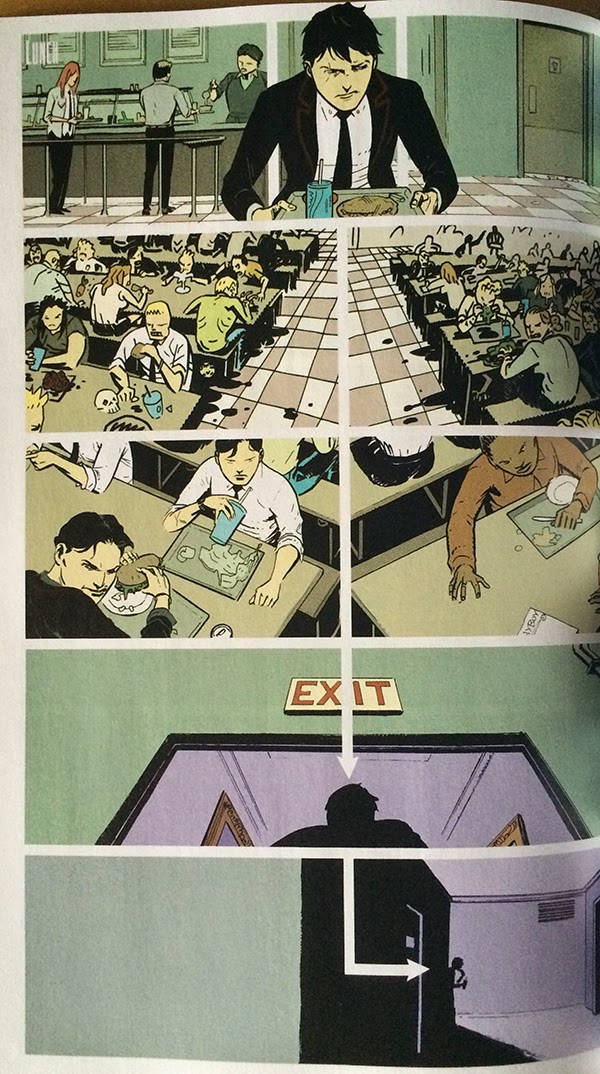 One of the most impressive aspects of Deadly Class is how colour is used. I find the curated palettes of most pages really help establish each location with its own identity and sense of place. But it's not just about establishing each place, the carefully edited colours give each location a particular emotional nuance that helps drive the feel of each scene. Deadly Class is also pretty noteworthy in that the palettes change quickly and dramatically between each location, which helps establish cuts between scenes and gives this constantly shifting emotional backdrop for the story. There are great examples of this throughout Deadly Class, but the chapter where they introduce the assassin school, Kings Dominion Atelier of the Deadly Arts is a great showcase of the use of colour to establish mood and setting.

Take the above example of a cafeteria scene where Marcus, a new student at the school, moves through the room feeling alienated. The sickly, institutional green colouring absolutely screams the kind of budget functionality common to public buildings like schools. It also wonderfully captures the queasy feeling of social alienation of the scene. Another cool colour feature of the page is the palette change as Marcus leaves the cafeteria and enters the hall: you can see the location change and scene ending represented by the change in colouring. It's a quietly smart bit of page colouring.

It's also an example of another great layout page. The cool feature of the layout is that the motion of the page is captured by the central panel gutter which functions literally as an arrow. This arrow originates with Marcus at the top of the page, traces his movement through the space, and points to where he exits the cafeteria. Critically what this does is allow the reader to parse the motion of Marcus without seeing him in the cafeteria scene, which really helps emphasize his alienation from the broader student body. Which is a really clever layout choice.

Deadly Class Vol. 1 has a chapter that serves an introduction to the assassin school and the many classes aspiring young killers have to take to master their craft. The comic rapidly introduces these locations and manages to give every class a distinct feeling. Part of this is the memorable professors, certainly, but part of this is also that each class gets its own colour palette. Assassin Psychology is a study in institutional, warm greys while Beheading Class is awash in warm browns of antiquity. Poison Class is coloured a nauseous, toxic green instantly evocative of chemicals and Hand-to-Hand Combat is done in the brights tans and browns of old-school gymnasiums everywhere.  Ap Black Arts takes place in an unfathomable abyss of black filled with roiling mysterious green smoke. Each class looks unique, and even cutting between them in a stack like this, it is really obvious that they are all different settings. More impressively, each setting wonderfully presents the mood and feeling of the space: at a glance the colours inform the emotional palette of each space establishing how we should feel about every classroom. It's a really nice example of just how important colouring is and how it can be used to solidify cutting between scenes and quickly build settings.

Deadly Class brings this level of colouring thought to every page. I picked the classroom example because it is very clear and makes for nice comparisons, but you can take many sequences from Deadly Class and build a shifting scene-to-scene colour palette map that will showcase how thoughtful, evocative, and kinetic the colouring is in the comic. It is one of the most active examples of colouring I can think of and worth checking out Deadly Class for. The art in this book is fantastic.