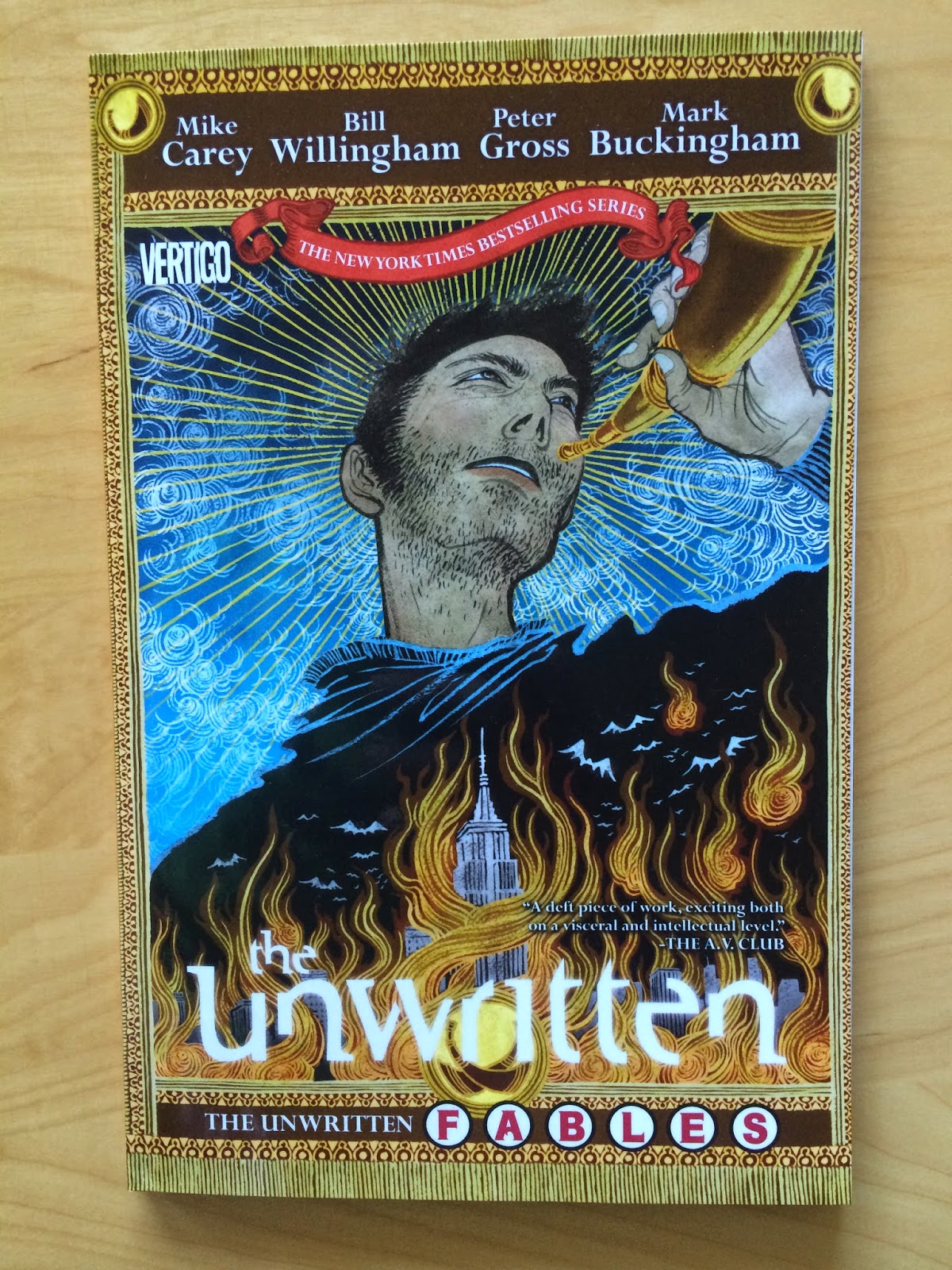 This review is on part of an ongoing series. For a *SPOILER* free review of the first issues go here. But, this comic has like, nothing to do with the series proper, so you should be fine to read the review.

Once upon a time I read a pretty big chunk of Fables, something like the first 7 trade paperbacks. I found them endlessly charming, filled with adventure and romance and just enough tragedy. I remember this time fondly and have always meant to get back to the series. But, man, judging from The Unwritten Fables, Fables proper has gotten fucking bonkers. The Unwritten Fables is a crossover comic between The Unwritten and Fables, two comics that have no real overlap. In the comic, Tom Taylor, the maybe-a-fictional-boy-wizard hero of The Unwritten is waylaid by the fables of Fables and drafted into their war against Mister Dark, AKA the Bogeyman. Tom Taylor is transformed into his boy-wizard-self and, along with the desperate surviving Fables, mounts a last, cataclysmic stand against their all-powerful foe. And this comic sucked. If you read this blog, you know I try to be nuanced in my criticism, but this comic is a creative failure.  It fails as an Unwritten story since the story doesn’t advance the series plot. It better have failed as a Fables story, or been a what-if for that series, because it's fucking bonkers. It fails as a crossover because the comic lacks all the smart nuance of the Unwritten and the charm of Fables. I cannot imagine picking this comic up, as a fan of either series, and being tempted to try the other title. The art was frequently terrible and rushed.  This chapter feels like a betrayal of long-term Unwritten readers.