I will be adding The Unbeatable Squirrel Girl and dropping She-Hulk. Why The Unbeatable Squirrel Girl: Because it's Unbeatable, obviously. Why fight something that can't be beaten? That's just stupid. But really, it's delightful. TUSG #1 portrays a world where Doreen Green, Squirrel Girl, is going to college and thus must create a secret identity for herself as an Ordinary Person. And so she moves out of her "secret apartment" in the attic of the Avengers Mansion and into her college dormitory with Tippy-Toe her number-one squirrel.  Hijinks and super crime ensues, like it does. Squirrel Girl is a comic that I'm invested in reading because of how relentlessly fun it is. It's just, look, Squirrel Girl is inherently kind of ridiculous, and this is a comic that celebrates the joy, absurdity, humour, and well, whimsy of the character in a really charming way. I'm the kind of person who can get caught grinning like an idiot at sufficiently delightful things, and The Unbeatable Squirrel Girl made my face ache with gormless smiles. It's smiling kryptonite (in that it admits smiling radiation, not that it kills smiles... okay maybe this was an imperfect analogy...). I guess, what it boils down to is, sometimes I just like nice things and TUSG is pretty much the crystal statue of a unicorn surfing of nice things. You should read it. 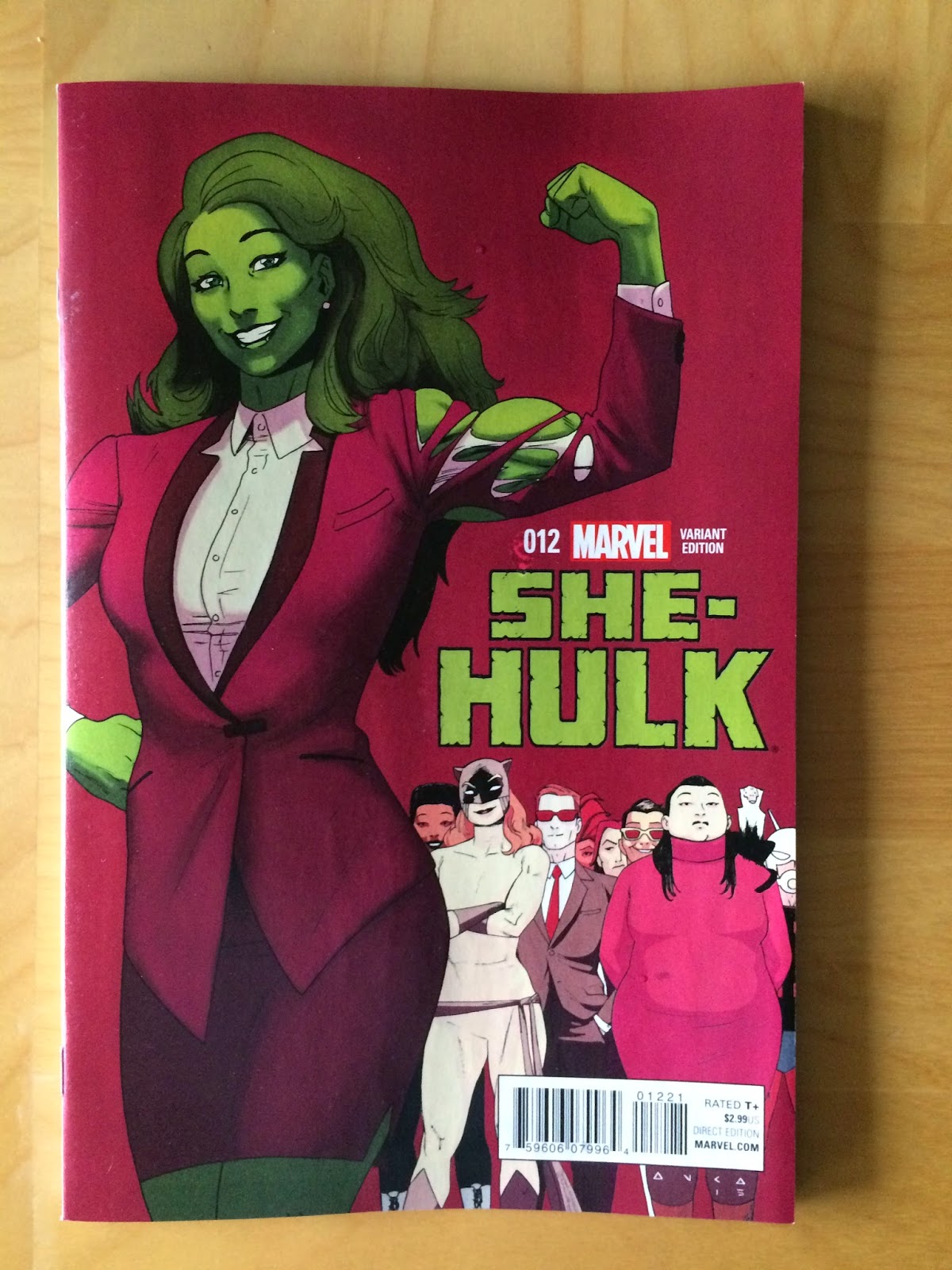 Why not She-Hulk: Because court is adjourned. She-Hulk has pled her case, made her closing remarks, and verdict is in and now the jurors get to go home. Or to put it another way, the current incarnation of the comic has ended. I have pretty mixed feelings about this too! She-Hulk delivered a great comics experience: authentic, engaging crime procedurals, sprinkled with just enough superheroics, and drawn in super stylish, dynamic artwork. I will miss it in my monthly comics purchase pile. But, it also got to tell a complete story, and I kind of love when comics get a chance to tell closed, satisfying stories in serial formats. Endings are sad, but also deeply important to the experience of fiction. Also, as great as She-Hulk was, it was also VERY idiosyncratic, and while I enjoyed it a lot, I feel like the premise may have had a limited lifespan for me, so maybe it's better that She-Hulk told a great, but closed story. There is one thing that cannot be legally refuted though: She-Hulk was good comics.