Or a look at photorealistic character design in Black Widow
by Nathan Edmondson, Phil Noto, and Clayton Cowles; Marvel Comics 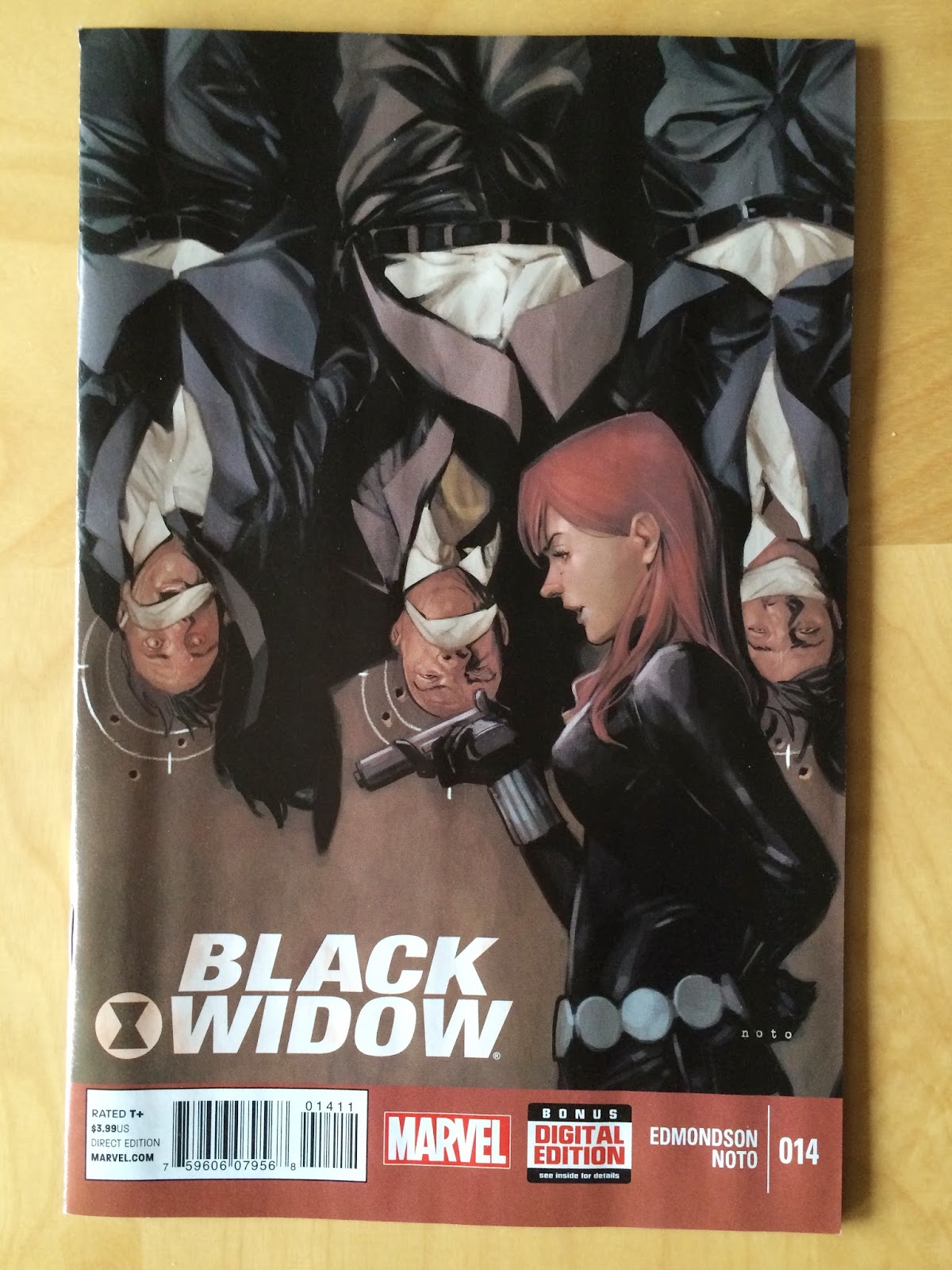 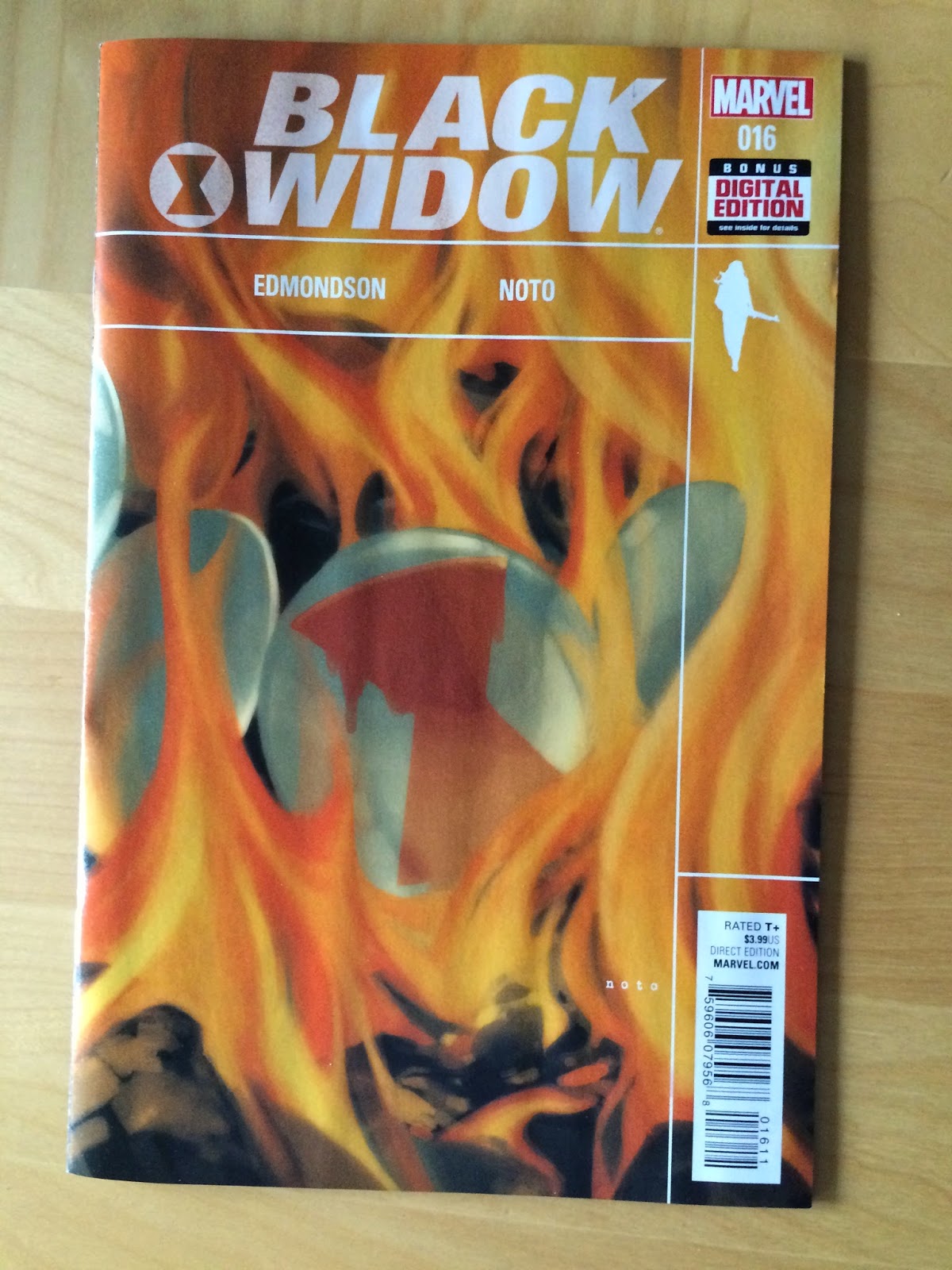 A thing that occurred to me about Black Widow is just how great the character design is in the comic. For a comic that is mostly based around photorealistic people dressed in real world clothing, the comic makes some really compelling and subtle choices that make key characters, Black Widow in particular, recognizable. And I think it is interesting enough to take a closer look at.

This is going to be mostly snapshots of 'Tasha, but assume *SPOILERS* are below for Black Widow 1-16. 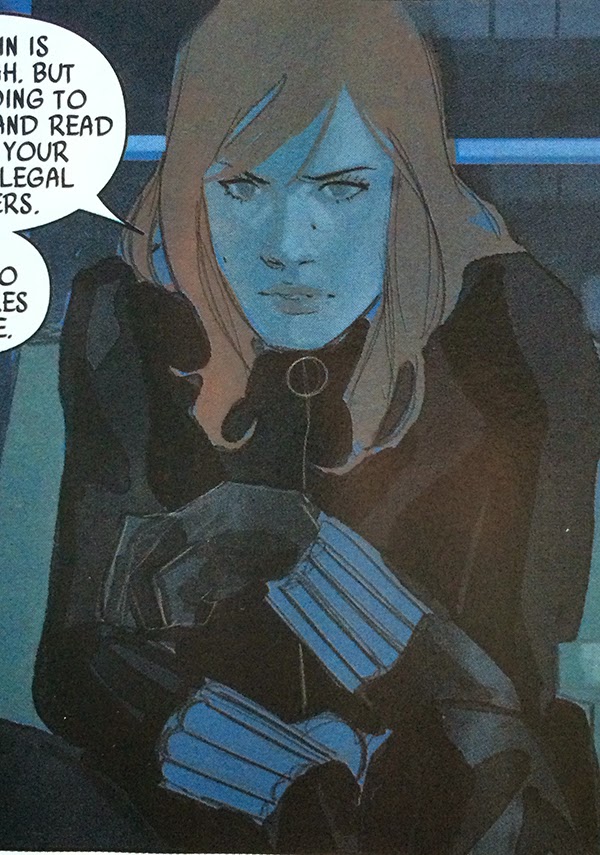 This is Black Widow at her most recognizable. She is wearing her trademark black catsuit, drawn in the comic as a practical minimalist garment. You can see her trademark weapon gauntlets and the retro-round zipper pull that, along with her belt, complete the outfit. You can also see her red hair, another key visual signifier of the character. When Natatasha is in her "costume" she is instantly recognizable by her simple, yet very well established look. 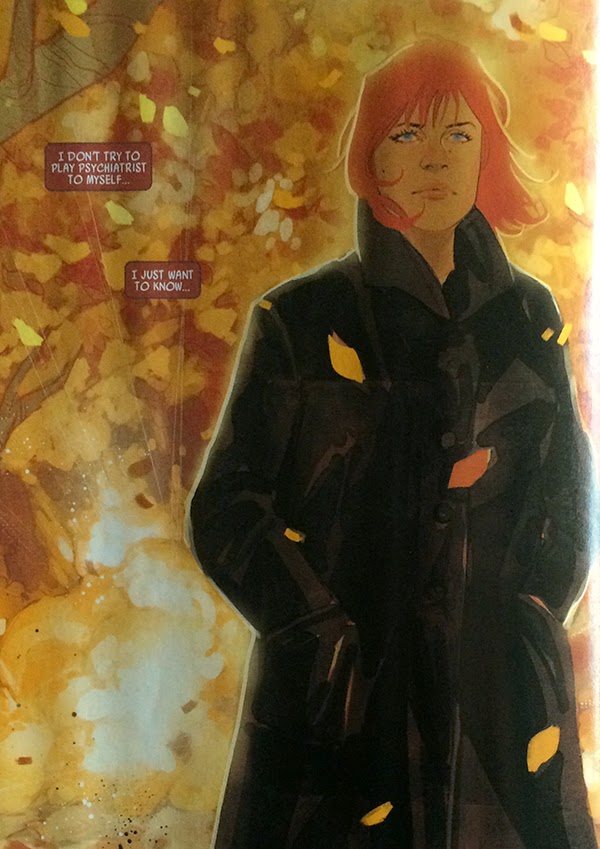 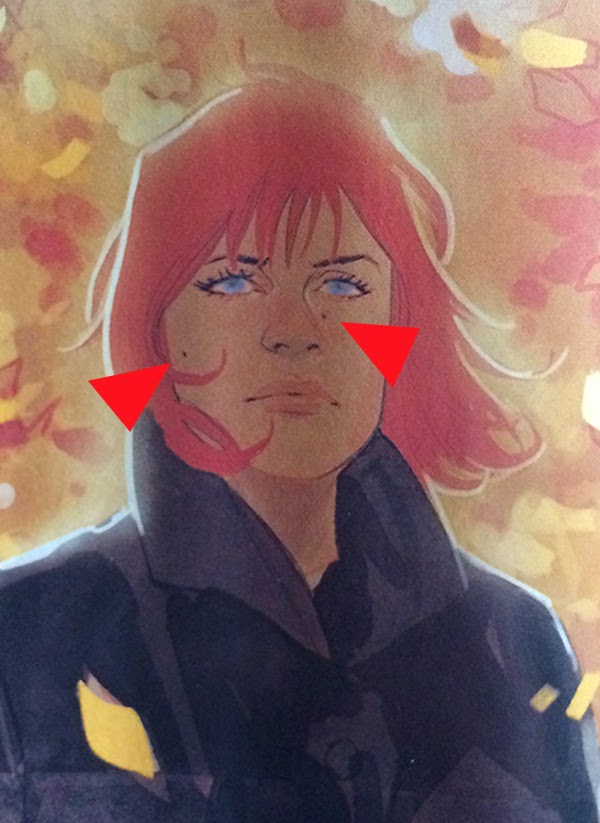 Black Widow is an espionage comic, though, and the notion of its main character running around in a recognizable and attention getting black catsuit while trying to be inconspicuous is ridiculous. So a lot of the time Black Widow is wearing plain clothes within the comic, trying to blend in using unobtrusive clothing. Yet we can still easily recognize Natasha on the page. And I think this is pretty interesting stuff.

Now, clearly part of this is that she still has her very recognizable red hair which is part of her trademark look. But I think it is more than that: Phil Noto is an incredible artist when it comes to faces. Natasha has a distinct face that is instantly recognizable in a variety of situations. We know it is her because she looks like her. It's a character design choice that takes utilizes the realism of her depiction instead of more simple body shapes and or costume colours.

One aspect of this character design that I've really come to rely on, is actually the two moles on Black Widow's face. 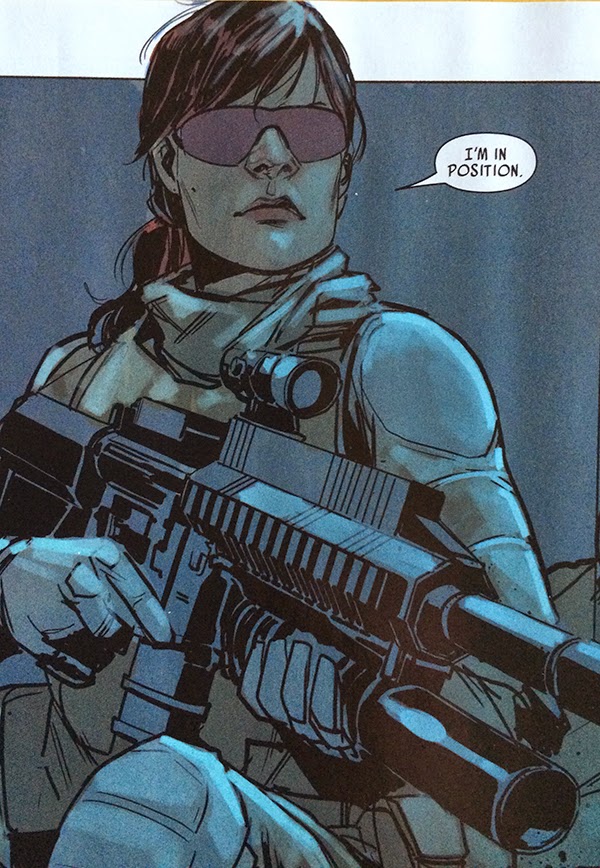 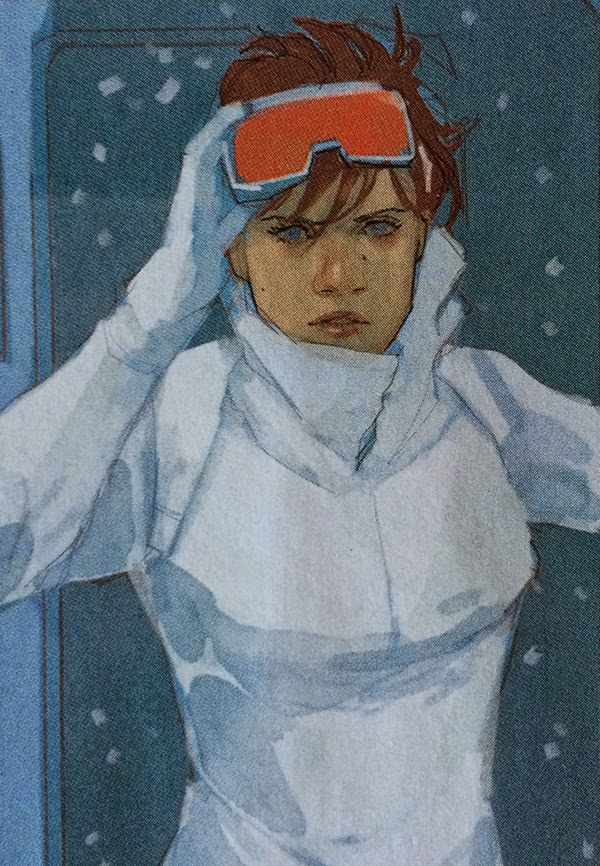 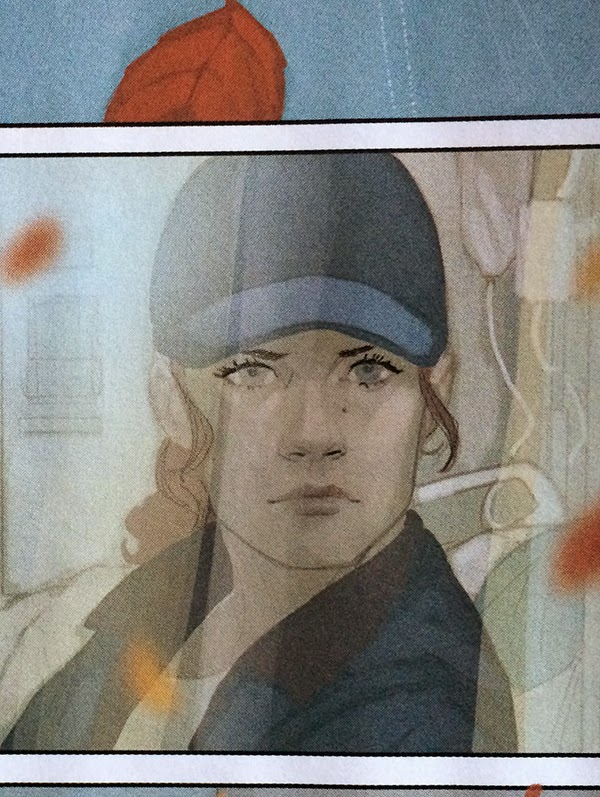 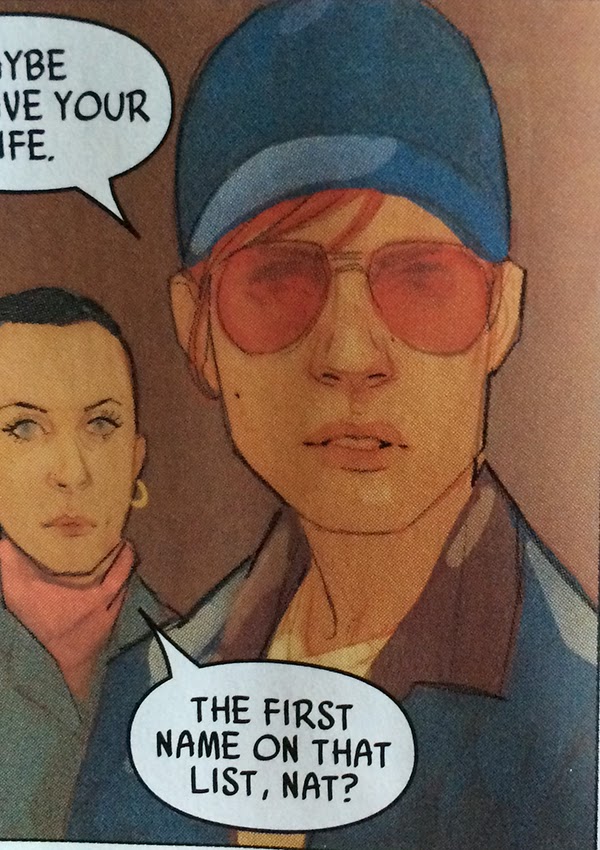 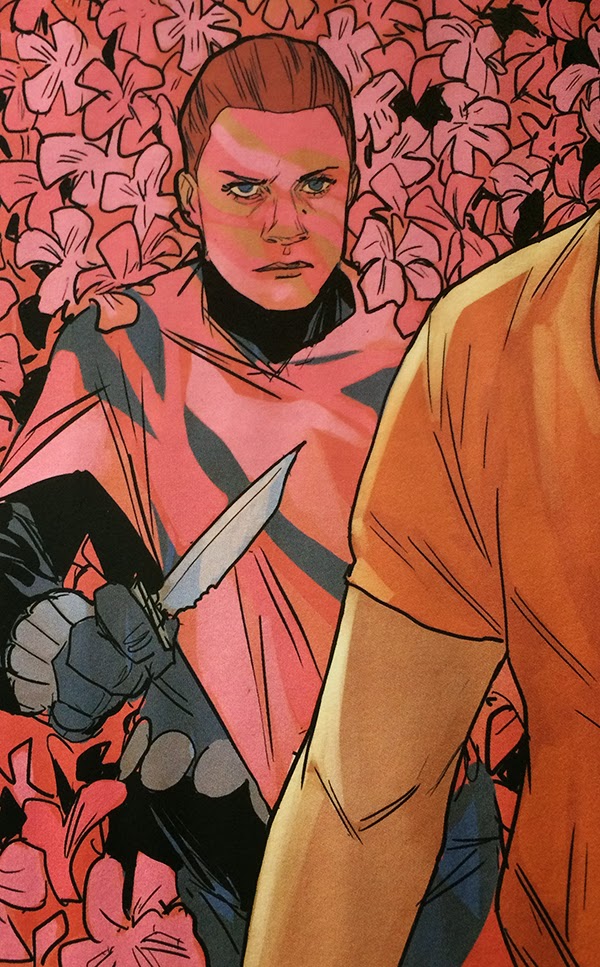 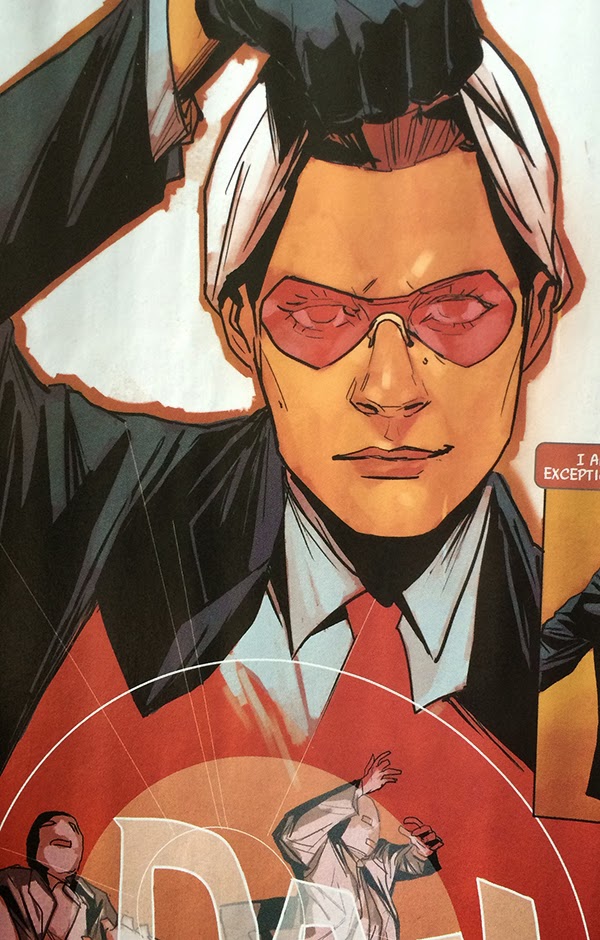 Black Widow makes the smart choice of having Black Widow dress in mission appropriate ways. She wears combat fatigues and body armour, white arctic camouflage suits, plain clothes, and celebrity-style semi-disguises. And yet, we can almost always see those moles, moments of individual imperfections that are distinct to Natasha. They help make her instantly recognizable in any situation where can see her face, regardless of her clothing, or the how the "lighting" makes her hair look. It's such a subtle but effective thing. 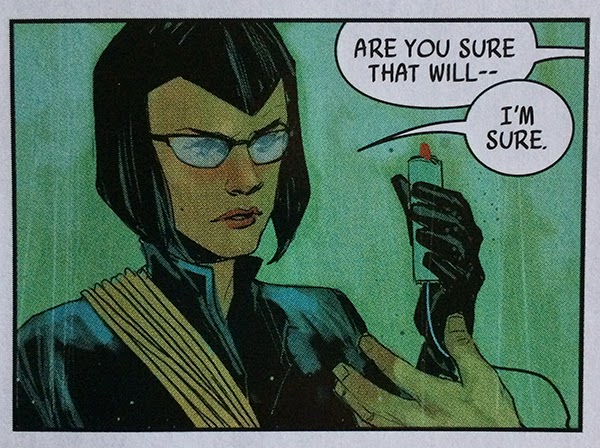 What is maybe even more cool about the use of these moles in the character design is that they persist even when Natasha is deliberately disguised. Even in the instances when Natasha wears a wig, which obscures her signature red hair, and dresses in clothes that run contrary to her usual choices, we can still see these moles and use them to recognize her. I really cannot emphasize how clever the use of these two small skin imperfections are in this comic. 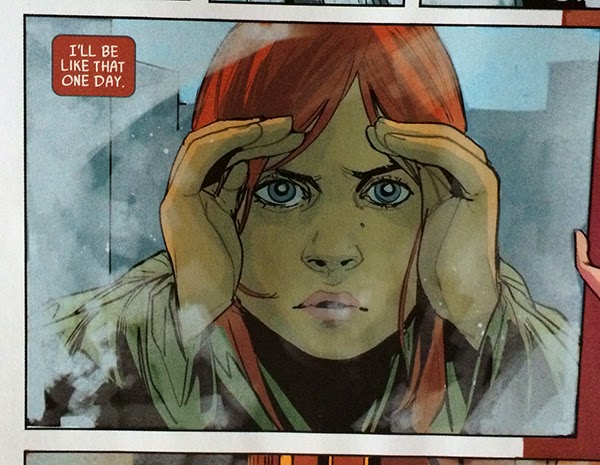 These moles also translate through time. In Black Widow #16 we see a number of flashbacks to a young Natasha running away from the Red Room and spending time as a homeless child in Russia. Despite having the face of a child, and all credit to Phil Noto here since we can definitely see the resemblance to the defined features of the adult Black Widow, we still can see Natasha's trademark red hair and her striking facial moles. The versatility of these moles in portraying Black Widow in non-standard situations is quite remarkable.

Black Widow is a really interesting comic in the way it uses and strains against its photorealism. As much as I might write about other styles of comics more, Black Widow is definitely a comic worthy of closer examination.