I will be adding Secret Six and dropping Wonder Woman. 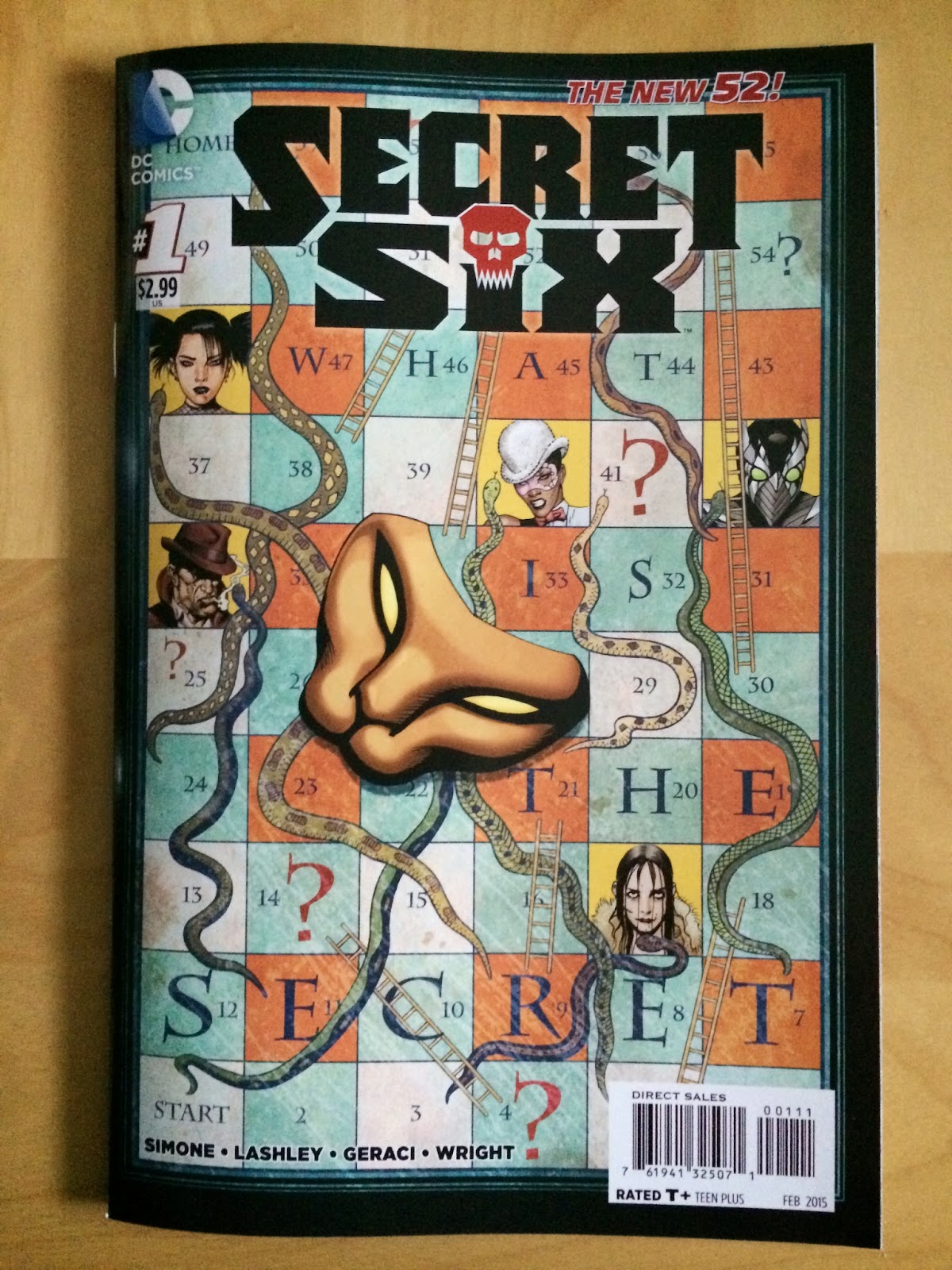 Why Secret Six: One of my all-time favourite comics was the last volume of Secret Six. It featured a loveable group of despicable rogues having adventures that were at once bonkers fun and deeply disturbing. It was hilarious and complex, featuring people who were obviously crazy and willing to do terrible things, but also loyal and loving and capable of always surprising acts of nobility. It was kind of perfect. This new series of Secret Six has the same writer as the previous iteration, namely Gail Simone, so I'm really hoping it catches some of the same tone and magic. After the first issue, I am encouraged, but it's hard to judge. The cast of this volume of Secret Six is largely new, and the plot of the first issue is a throwing together of strangers in a bad situation machine, so the character work and relationships that drove the previous iteration haven't really developed yet. There is also, I think, some growing pains associated with a new creative team learning how to work together with new characters. But I think I can see the foundation of the comic I want to read here and a collaboration that will be pretty amazing. I'm willing to give it a chance to become the Secret Six I so desperately want. 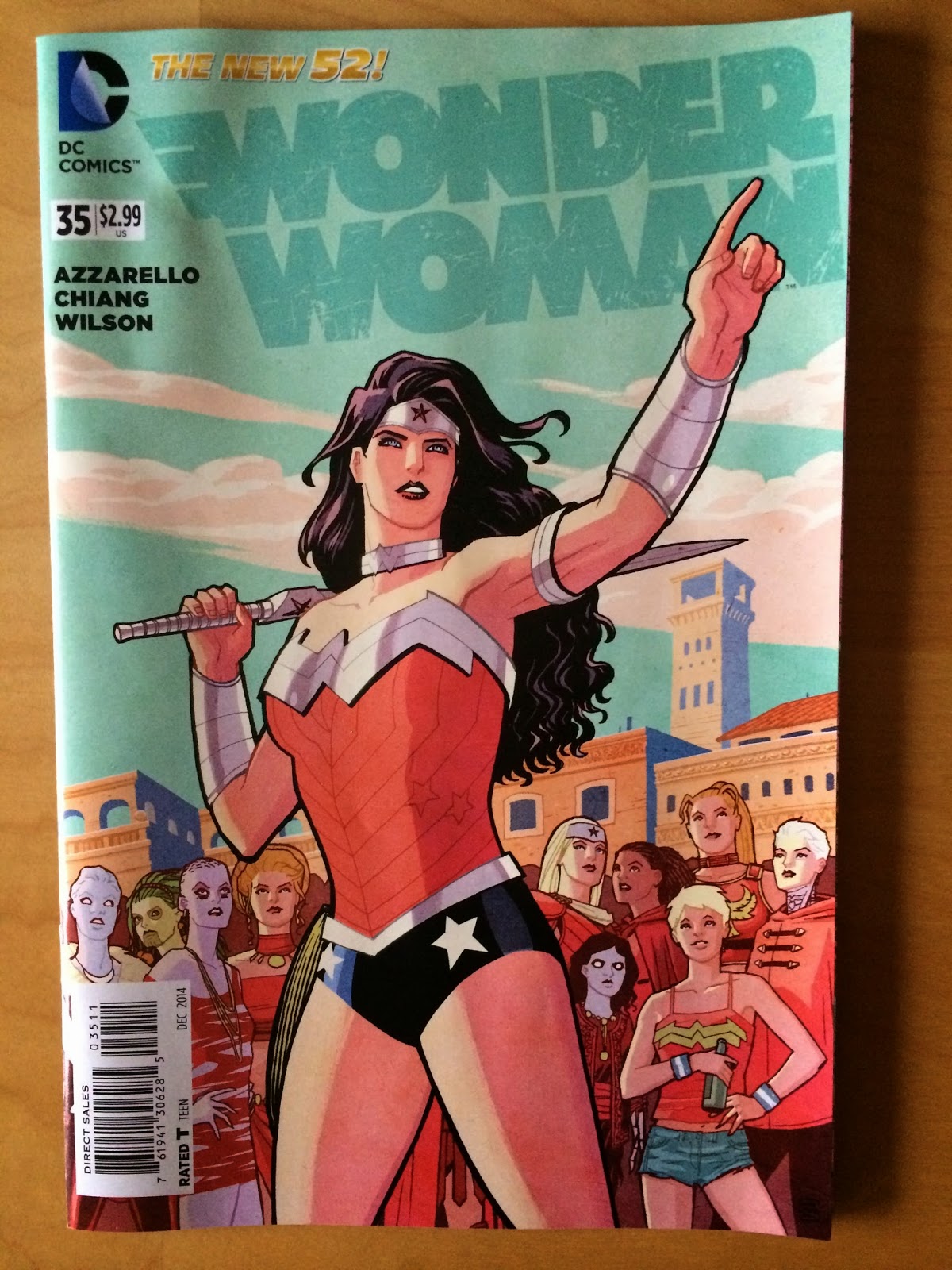 Why not Wonder Woman: Because it's over. I mean, Wonder Woman is not literally ending, but the creative team that has steered and defined the character for the last three years has finished their story and are moving on to new projects. Their idiosyncratic take on the character, one which leans heavily into a quirky remixed Greek mythology, has been really fresh and endlessly fun to read. I understand why diehard Wonder Woman fans may not have liked it or found aspects of the run problematic, but as someone who always had a hard time engaging with Wonder Woman I found it a really great comic. Wonder Woman has also been, with Azzarello, Chiang, Akins, and Wilson one of DCs best made comics and just about the only title where an ambitious, auteur driven run has reached its organic ending. This comic was great and complete and I'm really, really happy I read it. Which I think makes this a great jumping off point: with a dubious incoming creative team and a satisfying and complete story, I think it's time to walk away from Wonder Woman and savour the fun I had.