So I Read The Fade Out: Act One

A 250 word (or less) review of The Fade Out Vol. 1
by Ed Brubaker, Sean Philips, and Elizabeth Breitweiser; Image Comics 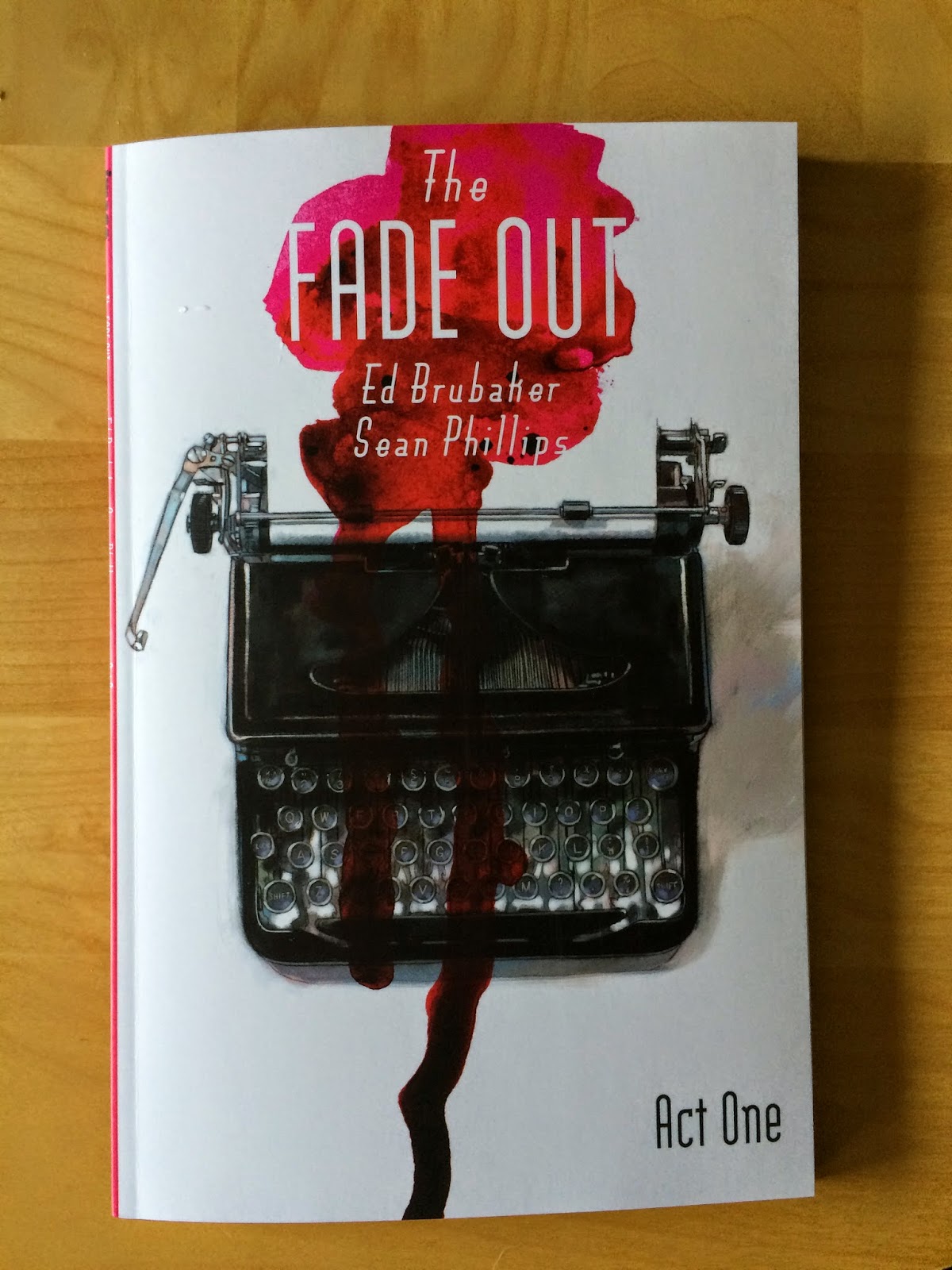 The Fade Out is a murder mystery set in the Golden Age of Hollywood. In the comic Charlie Parish, the screenwriter of a troubled Noir picture, wakes up after a long night drinking and finds himself face to face with the dead body of Valeria Sommers, the starlet of the picture. Charlie, hazy on the details and knowing how it looks, flees the scene and runs right into a Noir tale worthy of the Silver Screen. The Fade Out is a difficult comic to review; so much of the pleasure of reading it is the unfolding of the mystery and the gradual construction of the story world. To tell you anymore about the premise would be a disservice. What I will say is that this is a very good comic: The Fade Out is a comic built out of Old Hollywood style. It has all of the class and glamour of classic film and all of the war trauma, sex, abuse, eccentricity, injustice, and straight up crime that existed unseen around the studios of the Golden Age. The Fade Out is a comic that at once revels in nostalgia while also complicating the past. It's also cool as hell. Basically, if you want to read an engrossing murder mystery filled with intriguing characters in superlative setting, than The Fade Out Act One is just about the perfect comic.