Or changes to my Top-Ten comics
Due to poverty and an urge to buy better comics, I have decided to be super-selective about which superhero comics I read. Harnessing the Awesome Power of Maths, I have determined that I can afford to read 10 ongoing titles. So I get to read 10, and only 10, titles published by either Marvel or DC as well as one trade paperback a week of my choosing.

I will be adding Secret Avengers and dropping Avengers Assemble. 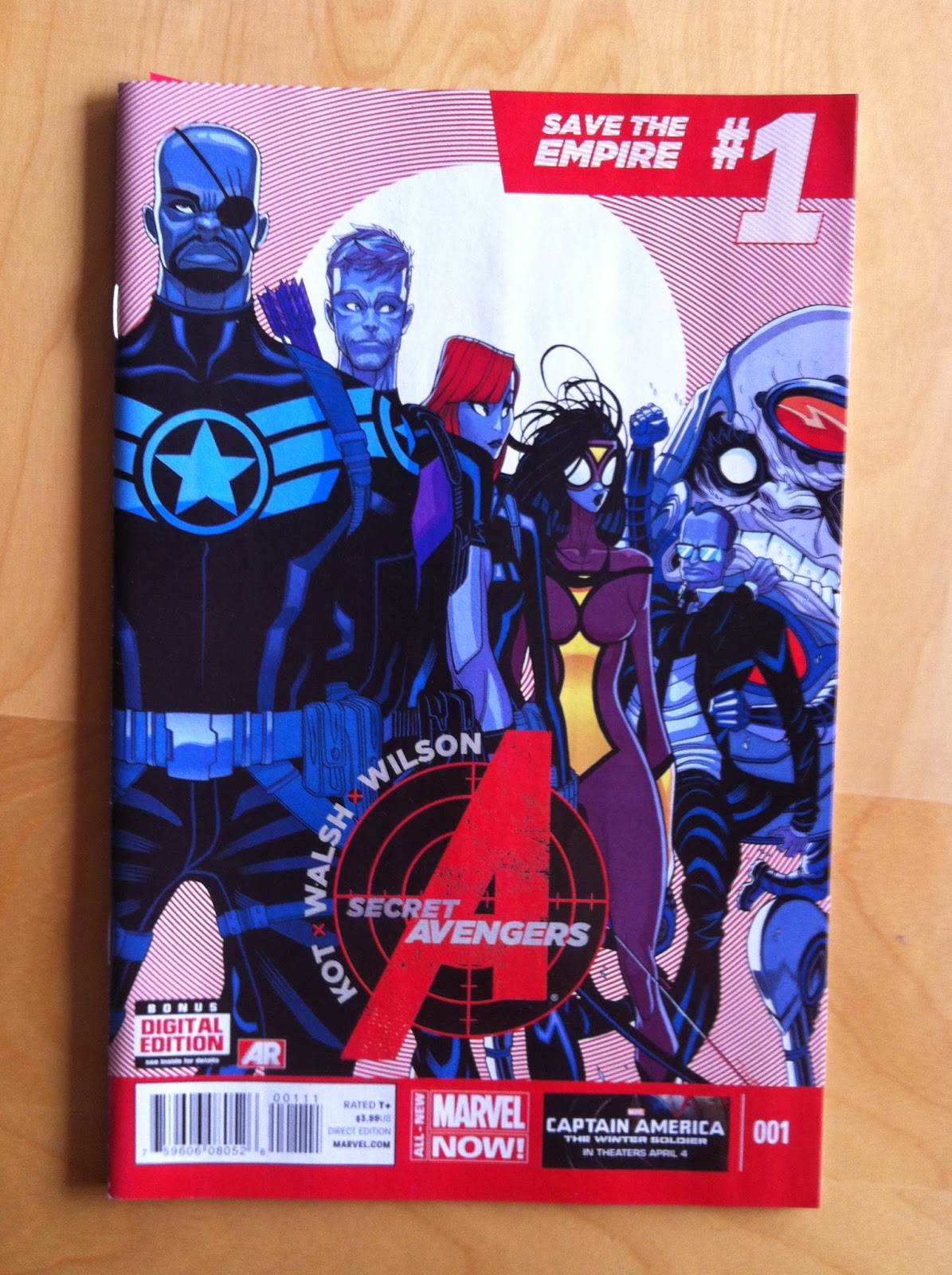 Why Secret Avengers: The short version is that I read Zero, a really gripping Super-espionage comic, which featured work by Ales Kot and Michael Walsh, and it was really good! And seeing the pair of them working on a Super-espionage team comic with wonder-colourist Matt Wilson seemed like something worth trying. And man! What a fun comic! The first issue of the Kot/Walsh/Wilson era was filled with zany hijinks including space battles, a spa day, and Hawkguy-Hawkeye complete with Hawkblocking (and Spider-slipping). Despite the Zero pedigree, a comic with its share of fun but also some deeply disturbing shit, Secret Avengers actually felt more like Fraction/Ba/Moon's Casanova, another super-espionage comic with groovy overtones, a personal favourite comic of mine. (This might be largely due to Michael Walsh having a similar style to Fabio Moon or that MODOK reminds me a lot of Ruby-Berserko.) The point here is that Secret Avengers is a fun, crazy espionage comic that should be an accessible place to get your team-book fix if you are not really digging the more continuity heavy Avengers books. Pa-Zow! 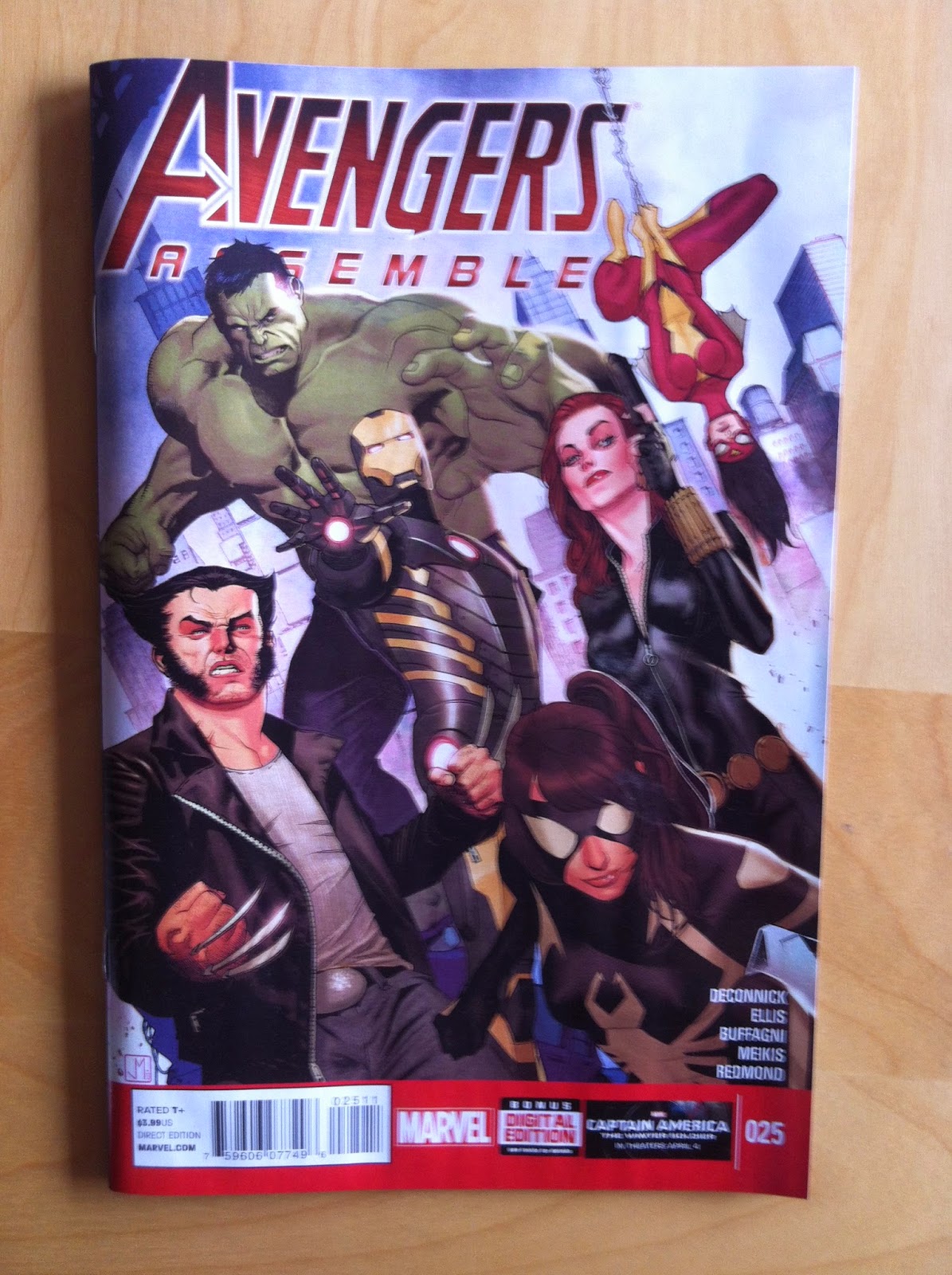 Why not Mighty Avengers: It's another beloved comic that has sadly bit the dust. At its best, this comic was exactly what I wanted from a team book: it played with the marquee characters in a continuity light, fun way. While it was solid throughout, Science Bros, the opening arch of the DeConnick era, is, for my money, the best damn open-and-close team comic I've ever read. Magically, it was also great for new readers: it was, after Hawkeye, the first Marvel comics some of my friend's read and they all understood and enjoyed Science Bros. Which is a pretty big accomplishment. People looking to write an accessible, fun comic for new and established fans ought to delve into Science Bros like architects because there is gold in those crypts. What I don't understand is why this is the Avengers title that was axed: it offered an understandable landing pad for new readers who know that The Avengers are a thing and want a comic to try, but are not versed in continuity malarky. I get that the main Avengers titles are geared towards core readers (because they should be!), but it's nuts that Marvel can't offer a Avengers Assemble style, new reader friendly book in it's publishing line. But yeah, sad it's gone, and if you haven't yet, check out Science Bros.