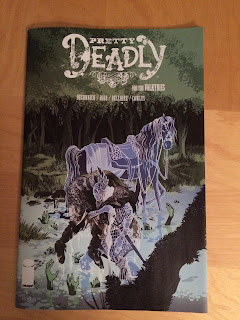 A return of Pretty Deadly means a return to essays talking about why this comic is so, so good. I don't really have any preamble: so without further ado, I'm going to take a look at how artwork, script, and lettering intersect to create different modes of storytelling in Pretty Deadly in what I think is a pretty spiffy way.

There will of course be *SPOILERS* for Pretty Deadly below. 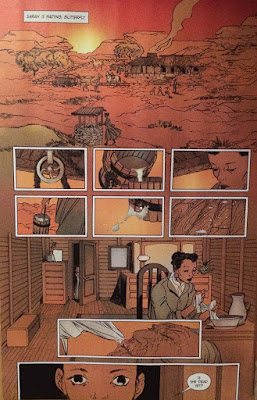 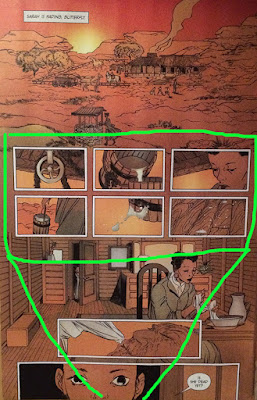 I've written a lot about what I like Pretty Deadly, pulling specific examples of how individual sequences are constructed to artful, or impactful, or just generally effective storytelling. What was maybe lacking is some of the broad factors of Pretty Deadly, the general things this comic does exceptionally well that help make it such a pleasure to read. One of these things, I think, is how the story is organized on a structural level, and how this creates these discrete moments.

Take this page here: the main story of the comic opens with a wide open establishing shot of a wild west homestead. Then the story provides this palette establishing sequence of snapshots: tight, singular moments of noise or sensation that build this moment or feeling. In this case a bleak frontier roughness and a kind of undefined sadness. With this emotional moment established the comic moves into new story information: a sickroom and an obviously old woman being given a drink before the page deploys it's final moment and coda. A final moment that structurally the whole page builds towards, and which comes to this sharp point that redefines and provides the context of entire preceding sequence. A final moment that is also sharp and barbed, which cuts to the truth of the page in a pretty brutal and honest way, and opens the way for the story going forward. It's a very effective way of pacing the page and creating this moment of narrative clarity that I found very engaging. 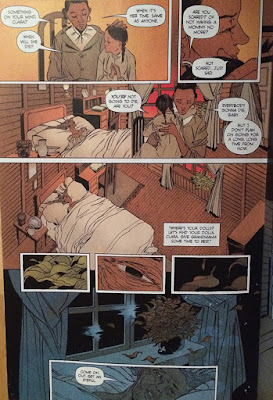 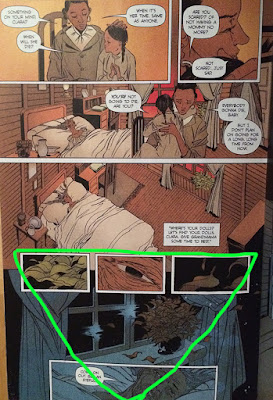 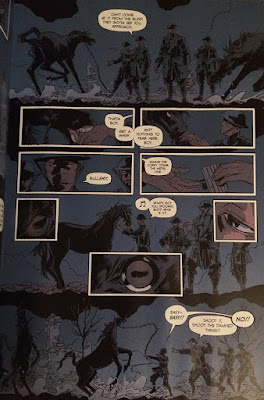 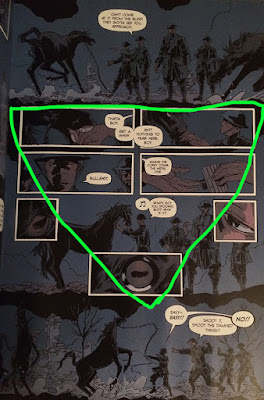 These inverted storytelling triangles can be found throughout Pretty Deadly #6. Emotion palettes are established, a wider angle panel shows the main events, and then the composition hones in on that key moment of frisson that completes a narrative moment and advances the story. It's this repeating storytelling device that builds and delivers a complete narrative moment. Which... it's like a stanza of comics. Which is an interesting approach since it lends Pretty Deadly #6 a decided poetic sensibility and also gives much of the comic a structured, deliberate rhythm. Which makes this triangle device not only an effective way to generate beautifully charged story moments, but also a metric that provides the majority of the comic a narrative identity. 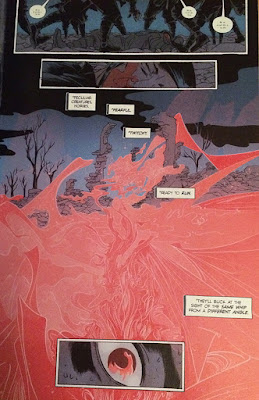 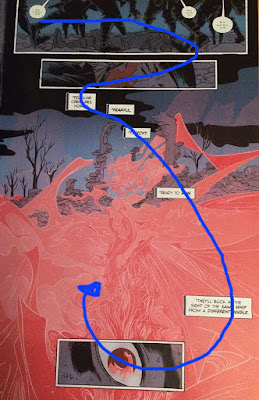 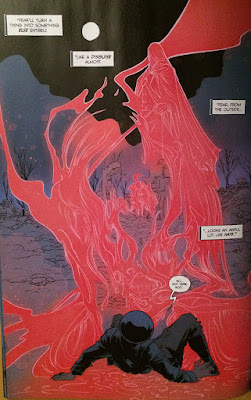 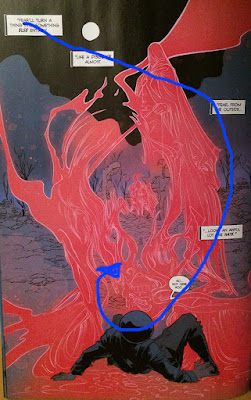 The sense of narrative identity that the inverted-triangle-stanza delivers becomes important in the most supernatural moments of Pretty Deadly #6 which have a completely different story structure. Instead of the tight, mechanical layouts used to make the triangle-sections work, the mystical moments of the comic adopt a more open format and a swirling, organic flow of the narration and artwork. This creates a clear demarcation between the mundane and magical portions of the comic, which goes a long way to making the supernatural parts of the comic feel distinct and special. It's a really smart use of contrasting layout approaches.

Which is all evidence of the kind of general storytelling brilliance on display in Pretty Deadly and how macroscopic, repetitive storytelling choices can be really effective.