The Man In The High Castle Is A Good Book 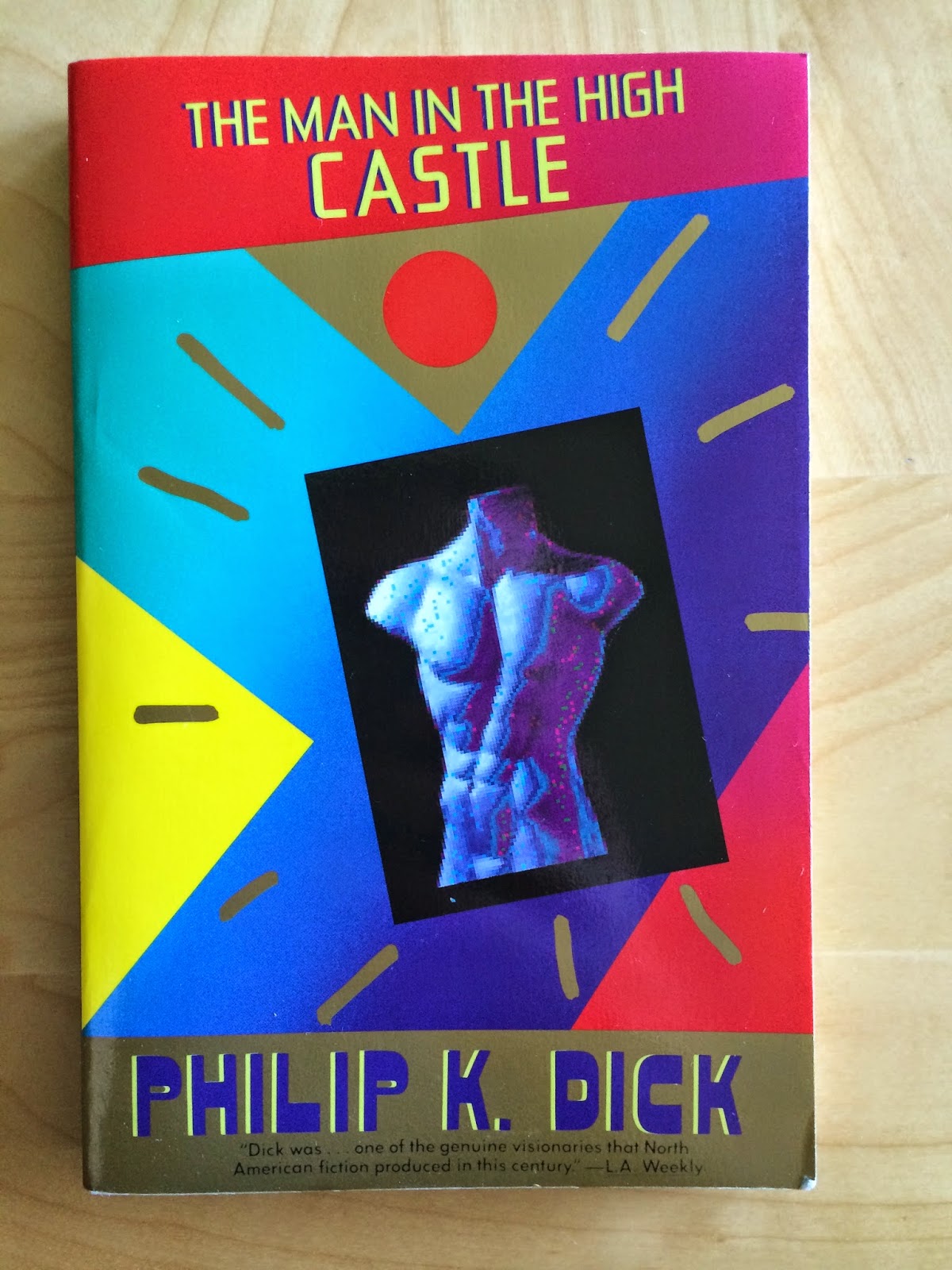 The Man In The High Castle posits a present (well, past at this point) where the Nazis and Japanese won the Second World War and have conquered the world. The triumphant Axis Powers have split the globe into realms of governance. Nazi rule is characterized by industrial and scientific prosperity, ethnic cleansing, and space exploration, while the Japanese seem more interested in good governance of their new subjects. The novel takes place mainly in occupied San Francisco, part of the Japanese controlled Pacific region of the United States, and follows several Americans trying to get by and deal with the various complications of cultural collision. The unifying narrative of the novel is the Grasshopper Lies Heavy, a novel within the novel, that depicts yet another reality where the Allies won the war.

The Man In The High Castle is a pretty amazing conceptual machine. The alternate history that dick creates is nuanced and clever, seeming just as valid as true history. But the real kernel of the novel is a thematic discussion about the mutable nature of truth and reality. By showing us a variety of plausible alternate histories and the way characters within each story believe their relevant narratives, the novel suggests that our own reality is being shaped and defined by our own common historical narrative. And in doing so, The Man In The High Castle injects doubt into our own fundamental understanding of reality: if our perception is shaped by a story, than reality is somewhat subjective, and if it's subjective, is it even really real? The Man In The High Castle is nothing if not a bit of a mind fuck.

I would recommend The Man In The High Castle to basically anyone. It's short and accessible enough that any bookish person should be able to read it wile being a general enough work of fiction that you don't have to be a fan of a specific genre to get invested in it. It's also, I think, a book with an important message in these days of media saturation about the importance of questioning reality narratives.
Posted by Michael Bround at 08:00

Email ThisBlogThis!Share to TwitterShare to FacebookShare to Pinterest
Labels: Novel Reviews, Philip K Dick, The Man In The High Castle