Genetopia Is A Good Book

Or why you should read Genetopia by Keith Brooke 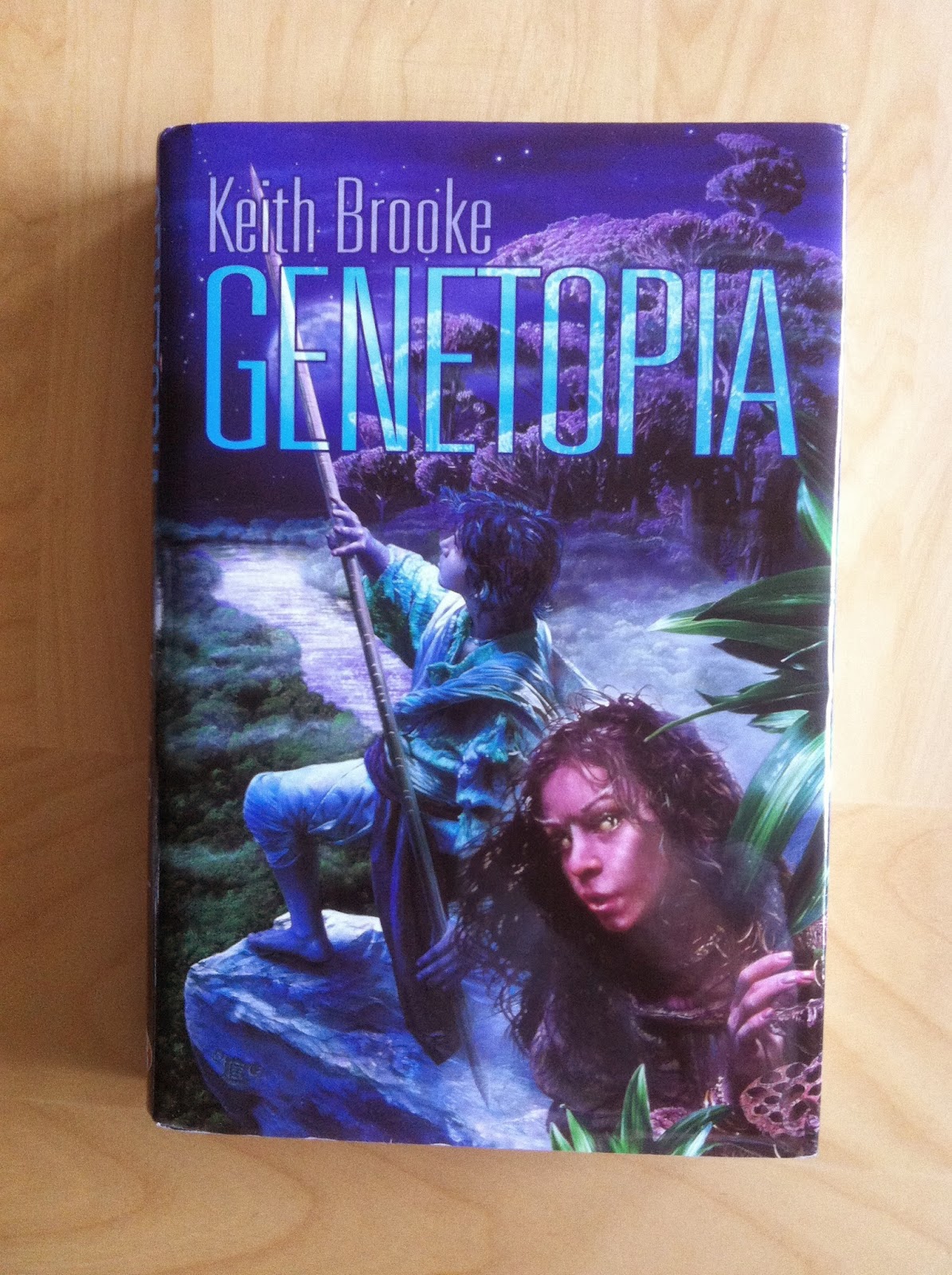 Genetopia is, I think, the first Keith Brooke novel to be released to a North American audience. It's also a novel that took some getting and taught me some lessons about using store fronts of store fronts within amazon. Seriously, woof.

Genetopia is a novel about a future were genetic engineering has run literally wild. In the novel true humanity clings to small settlements surrounded by dangerous, mutant wilds. To survive, True Humans leverage genetically altered humans as slaves. These slaves, called mutts, are treated as subhuman property and compelled to subservience by a genetically bred compulsion. True humans themselves are also in danger of becoming subhuman as any sign of change, birth defect, illness driven mutation, or deliberate exposure to the changing vats, turns the human Lost and throws them into exile or into slavery. It is in this world that Flint, a true human from a wealthy clan, finds his beloved sister Amber missing. Unsure if she has run away or been kidnapped, or even if she is still human, Flint must brave the wilds and travel the world to save her.

Genetopia is obviously an allegory about slavery . It uses genetic manipulation as a device to explore the way that people use labels and tribalism to dehumanize and posses other humans. Genetopia then explores just how awful humans behave when they do not consider a person human and just how fragile humanity and freedom are in such a system. It's an interesting approach.

The thing is, I'm a bit conflicted about Genetopia. I found the narrative engaging and pleasantly fast paced: Genetopia is a well written book. As a professional life scientist who feels that Sci-fi over focuses on robots and computers when we are so close to fully unlocking the fantastic potential of biology, I really appreciated the biotech world the novel creates. But, at the same time, I felt that the novel, maybe out of its brevity, was maybe not as nuanced or careful in its discussion or potrayal of slavery as I would have liked. I don't think Genetopia was necessarily bad in this regard, but slavery is a pretty heavy topic, and I feel like Genetopia could have done better negotiating it. Genetopia is good, but not perfect.

Also, I kind of hate the cover and title of this book. The title is too simplistic for the subject and doesn't catch the dystopian heart of the novel, while the cover I found aesthetically childish and, frankly, a little spoilery. If not for already being impressed with the author, this is a book I would never have picked off a bookshelf. If you accept the premise that the point of a cover and title is to convince a reader to pick up a book, then I think Genetopia failed a bit.

(Incidentally, Keith Brooke's The Accord was a book I picked off a store shelf purely based on the cover and title. It's a great example of smart design (or at least design that conforms to my taste)

I would recommend this book to routine Sci-fi fans looking for a new book: Genetopia is good enough to merit a try. If you are looking for a book about slavery or the complex way we accept or reject other peoples humanity, I'd recommend Octavia Butlers Seed to Harvest or John Wyndham's The Chrysalids instead. If you've never read a Keith Brooke book before, I'd suggest you try The Accord or Harmony instead of Genetopia and then maybe come back to Genetopia after.

Previously:
The Accord and Harmony
Posted by Michael Bround at 08:27