Or how questionable comic motifs have made into our comic book movies.
As a guy who loves comics, Hollywood's current obsession with quality superhero flicks is pretty great. That said, I've noticed some odd choices in some of these films, which at first glance would seem like unusual/practical film choices, but upon closer examination I suspect these are just films attempting to better mimic comic books. 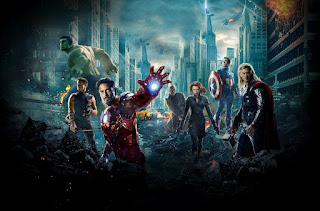 The Avengers: You know how the climatic conflict between the Avenges and Loki's invading army took place in a tiny chunk of manhattan which features many of the New Yorkiest locations? I think this was a deliberate attempt to be more comic booky. Sure, an argument could be made that the battle was limited to such a small and familiar location to give it a sense of place and to contextualise the giant CG action (to stop the Michael Bay effect), but I think this is misguided. Instead, think about how Marvel comics are based in mirror world New York and how many superhero fights take place within view of the Chrysler Building, the Empire State Building, Central Park, a New York bridge, the Statue of Liberty or on Coney Island. It's a lot right? The Avengers final fight scenes setting is just trying to stay true to the source material. 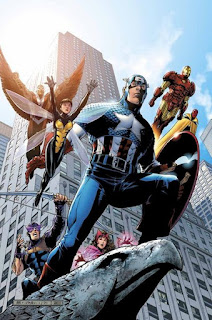 The Amazing Spider-man: I think the choice to cast 20-something actors as teenaged Peter Parker and Gwen Stacey was an attempt to be comic booky. There may be a Hollywood tendency to cast distractingly old actors to play teenagers, perhaps out of a shortage of actual teenage actors with the skill, reputation, or schedule necesary to pull off a tent pole film. I'll concede it's also possile that the studio thought the actors' inherent Peter Parkerness and Gwen Stacey-tude made up for any age issues. But the choice of Andrew Garfield (28) and Emma stone (23) has nothin to do with these studio politicky or creative choices. Instead casting older actors is a tribute to comic book artists tendency to draw teens, especially girls, with adult proportions. I mean, If you look at the comics where Spider-Man was actually in highschool, Peter and Gwen already looked like young adults. So yeah, Amazing Spider-Man is an unexpected tribute to comics art. 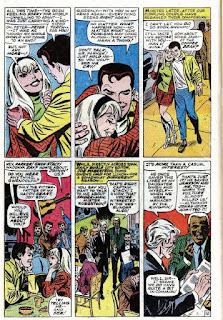 The Dark Knight Rises: Gotham is a city of deserted streets for the vast majority of the movie. Is this pragmatic film making designed to cut the costs of many extras? Nope. It's clearly an attempt to mimic the visual tone of comics where the art team minimizes background characters for efficiency.

There you have it, three comic book movies with three questionable comic motifs included. Here's to faithfulness to the original material.
Posted by Michael Bround at 12:00