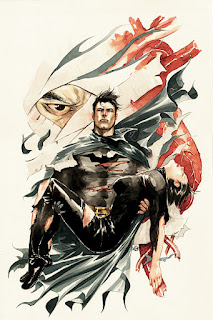 Two of the things I love in this world are comic books and Science. Sometimes I like to write about both. This... Is one of those times.
In a recent post, the internet's foremost Batmanologist Chris Sims panned the character of Hush, criticized his origin and also the "Heart of Hush" storyline. Critically he dismissed the latter story for its entertainment value as well as its Scientific believability. I am here to tell you, in my capacity as an actual heart scientist, that as far as comics go, it's actually not too unbelievable. 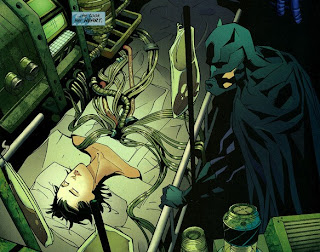 Okay, gotta lay some caveats and addenda down here. While I might tease Mr. Sims for his knowledge of heart Science/Medicine, his Batman knowledge is encyclopedic and incredible and his taste in comics is impeccable. His thesis that Hush is a silly character with bizarre motivations and contrived story uses is totally correct. Hush stinks. The Hush origin books, while visually appealing are derivative and ultimately a base amalgam of much better comics. And yeah, the Heart of Hush storyline, wherein Hush literally steals Catwoman's heart is pretty ridiculous. (Although, I thought the Catwoman-Batman love story part of it was kind of nice; much better than the anatomically bizarre rooftop fucking of the New 52.)
The crazy thing is though, is that the Sci-fi of the story (Hush surgically removes Catwoman's heart, then keeps both Selina Kyle and her heart alive with machines, after which her heart is replanted) is actually not as far fetched as you might think.

A Scientific discussion of the Heart of Hush storyline after the cut: 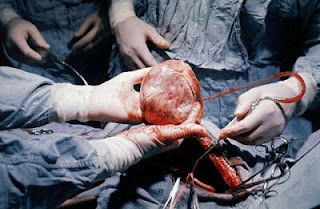 1- Heart removal and replacement: This one is probably the most straightforward of the three. People all over the world survive heart transplantation surgeries daily. When a heart fails, often the only solution is to swap out the bum one and pop in a healthy ticker. This is a well established medical procedure. It is not impossible for Hush and Mr. Freeze, both accomplished doctors, to have performed the explantation surgery successfully. It is even more plausible that the medical specialists of Gotham could replace the heart upon its return. 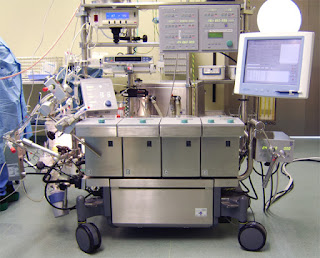 2- Keeping Catwoman alive: The aforementioned surgery to swap out and in a new heart takes HOURS. Since an hour is much to long to go without a heart, patients undergoing this procedure are basically hooked up to a machine that oxygenates blood (since a person without a heart can't use their lungs for this) and then pumps it around their body. It's basically a heart and lungs in a box. Such a device could conceivably have been used to keep Selina Kyle alive after her heart had been removed.
Now this one is a bit farfetched since these machines are used for shorter periods than in the story and they hook up to a femoral artery (thigh) rather than go in through a gaping chest opening as portrayed in the comic. Bit you know, the principle is at least sound.

3- Keeping Catwoman's heart alive: This is the most improbable part of the Heart of Hush storyline, although less of an issue then you might expect. Hearts at an organ level are relatively simple: basically a bag of muscle that forms a two chamber pump. (Hearts are very complicated at the cellular level!) As you might expect hearts are pretty hardy organs (can't skip a beat) with the vast majority of their function being endemic to the organ. Important to this discussion hearts are able to keep beating outside of the body without a connection to the brain (due to Starling forces they beat when pressurized fluid is forced into them). Also key to keeping hearts alive outside the body, they contain all of the blood vessels they need to live. This means that if you could supply the heart with pressurized fluid, it will pump it and in the process perfuse (force blood through) the arteries and veins of the heart. People totally do this.


The single most Frankensteinian experiment I have ever seen done is a Working Heart perfusion. In this experiment hearts are surgically removed from experimental animals, sutured onto cannulae (pipes) and supplied with oxygenated blood analogue full of nutrients. The heart then pumps this "blood" in a looped system which reoxygebates it and returns it to the heart. The pumping heart, as it moves the pseudo blood, will perfuse it's own vasculature which keeps the heart alive. So yeah, the idea of keeping a heart alive outside a body is totally possible in principle.
Admittedly, these working heart perfusions are usually done for less than an hour, but it's not an impossible stretch to foresee someone making a longer term version of the apparatus. Especially if the heart being perfused is a human heart instead of the tiny rat or mouse hearts that are usually used in this experiment.

So there you have it: Heart of Hush, a ridiculous storyline with some oddly plausible Science.